Upon learning that they are pregnant, many women are able to nix the sushi, alcohol and caffeine, but antidepressants are a different issue. Despite the associated risks with a variety of medications and Paxil side effects, some women continue to use the drugs, The Baltimore Sun reported. 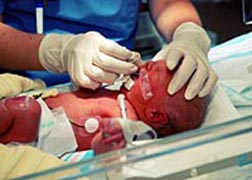 According to the newspaper, studies and news stories about the potential risks of antidepressants on a developing fetus, including miscarriage, premature birth and newborn breathing problems, have led to a Catch-22 situation for many soon-to-be mothers. This situation arises because of the potential negative effect that untreated depression can have on a baby.

The Sun reported that experts have noted untreated depression can lead to low birth weight, irritability and developmental delays for a newborn.

According to the newspaper, there have been dozens of studies that have explored the safety of antidepressants during pregnancy, especially the popular class of the drugs known as selective serotonin reuptake inhibitors (SSRIs), which have yielded mixed results and have been limited by a range of factors.

More PAXIL News
A chief limitation for the research is that it is not clear if adverse outcomes are the fault of the medication or the depression itself, according to Dr. Kimberly Yonkers, a professor of psychiatry and obstetrics, gynecology and reproductive services at the Yale School of Public Health.

The Sun reported that the most consistent data have linked antidepressants with preterm delivery, though studies have yet to show any long-term effects on the child. Yonkers noted that a study last year linked the use of SSRIs in the first trimester with a four-fold increase in the chance of a child having autism, but it was met with criticism from many experts.

The News Olio reported that a new supplement, 5-HTP, is comparable to prescription antidepressants such as Zoloft and Paxil, but has a reduced number of side effects. One study showed that patients reacted in a more positive way to the amino acid compound.