Coming Out from the Shadow of Paxil Birth Defects

Anyone sitting on the fence over whether or not to go after GlaxoSmithKline (Glaxo) over Paxil side effects need only contemplate the reported $3 billion that Glaxo has agreed in principal to pay, in order to settle charges of off-label marketing and fraud. 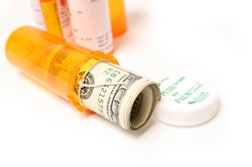 Combine that figure with the reported $1 billion Glaxo is believed to have paid out last year to settle many a Paxil lawsuit, and suddenly we are talking about amounts of money so vast, it's beyond comprehension for most.

Four billion dollars would buy more than 1,300 very nice cars, at about $30,000 each. People with vehicles about to fall apart would be happy with a subcompact for half that. And for those without a proper home to call their own, $4 billion would buy 266 houses priced moderately at $150,000 each.

This is the kind of money that GlaxoSmithKline has either paid out or has set aside to settle claims, charges and allegations of wrongdoing—whether wrongdoing will ever be admitted. Some say it's the cost of doing business in the world of pharmaceuticals.

Thus, a potential plaintiff dealing with suspected Paxil birth defects has no reason to resist pursuing a claim. Were a plaintiff to need further motivation to initiate dialogue with a qualified legal professional, consider the time limit governed by the statute of limitations. Should too much time pass between the onset of a potentially claimable condition—such as Paxil heart defects in a newborn—and the expiry of the window of opportunity, the claim is lost, no matter how justified. Attorneys remind their constituents that such limits exist.

While it is human nature to put things off until tomorrow, in these cases procrastination is a threat to an individual's rights under the law.

It should be noted that LawyersandSettlements.com identified Paxil, and the issues surrounding the potential for birth defects and heart defects, as among the top 10 legal news stories and issues of 2011.

Paxil, an antidepressant in the selective serotonin reuptake inhibitor (SSRI) class, has been tagged by some studies as carrying the risk of birth defects—heart defects and autism among them—in the offspring of women who may have used Paxil during various stages of a pregnancy. Paxil isn't the only potential offender here. All SSRI drugs wear a similar cloak of suspicion.

Regardless of the source, such health issues can often last a lifetime.

A drug company can set aside funds in order to bail itself out of potentially hot water. But no amount of money or time can undo a birth defect.

The Glaxo settlement agreement, according to the Law Blog in a recent issue of The Wall Street Journal, is considered to be the biggest single monetary settlement so far in the pharmaceutical industry, and addresses various issues, including Paxil and Avandia. Terms of the settlement must still be negotiated, and no money is likely to change hands until next year.

Meanwhile there are those dealing with various Paxil defects, whose lives would be a lot sunnier without the shadow of Paxil side effects—and with a portion of that $3 billion Glaxo settlement in THEIR pocket, not someone else's.