Although many Paxil birth defects lawsuits have been settled, there are still some Paxil side effects lawsuits pending. Some of those lawsuits, alleging Paxil defects injured newborn babies, could go ahead this year. 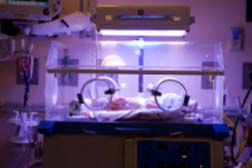 One lawsuit, Kilker v. GSK, ended in 2009 with a verdict in favor of the plaintiffs, awarding them $2.5 million. Lyam Kilker was born with serious heart defects after his mother took Paxil while pregnant. The lawsuit alleged Lyam's birth defects were caused by the exposure to Paxil during the pregnancy. A jury found GlaxoSmithKline guilty of negligence and awarded the plaintiffs $2.5 million.

During the trial, the family's lawyer provided internal GlaxoSmithKline documents in which executives discussed burying studies that potentially linked Paxil to birth defects. Furthermore, some of GlaxoSmithKline's own scientists expressed concern about the number of infants who were affected by Paxil while still in the womb, according to Bloomberg (07/20/10). The jury did not, however, award punitive damages because it found that the pharmaceutical company was not guilty of outrageous conduct.

More PAXIL News
A second lawsuit, Blyth v. GSK was thrown out of court when GlaxoSmithKline requested a summary judgment. That lawsuit involved a 14-year-old girl who required two open-heart surgeries within the first nine months of her life. The plaintiff alleged GlaxoSmithKline had research proving that Paxil was linked to the deaths of the offspring of animal test subjects but did not adequately warn patients about that risk.

GlaxoSmithKline said Paxil's label contained all the knowledge it had about the risks of Paxil. Furthermore, GlaxoSmithKline argued, Blyth had no apparent lasting health problems following the early surgeries.

According to Bloomberg, 15 Paxil cases are scheduled for trial in Philadelphia in 2011.

Posted by
Lisa R. Wagner
on March 18, 2011
What about those of us who took paxil as directed by our prescribing doctor and have severe side affects of the medication? Ever heard of medication induced neuropathy? I would not wish this pain and the potential loss of the use of my legs and hands on anyone! I cannot take any pain medication because I have acute renal failure. This was a gift from lithium toxicity and a lab that would not perform the needed tests to protect my kidneys. My new therapist states that I'm just like a cancer patient in the fact I am in remission from manic depression. Much like my former psychiatrist I saw for 11 or so years telling me that I was never mentally ill to start with in her professional opinion. If I come across as bitter, yes, I am, but not for me. For those who did not finally discover the truth, rather bought the doctor's diagnosis. Now those poor folks are pushing up the grass instead of getting to walk on it. The military and VA have all the lawyers that we pay with our tax dollars. Sweet! Lisa R. Wagner-USAF Retired