He Killed His Own Son While on Paxil

Anyone who ever felt that antidepressants are generally safe need only know the story of David Carmichael, a Canadian who lost his son to Paxil side effects. That's because Carmichael, while taking Paxil, strangled his 11-year-old son in a hotel room. It was 2004, and Carmichael was severely depressed and taking Paxil at the time. 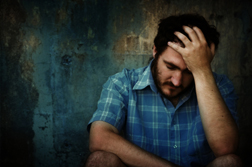 The London Free Press of October 13th recounts Carmichael's horrific story. He was put on Paxil in 2003 to combat major depression. "The doctor didn't tell me about any of the possible side effects," he said in an interview with the QMI News Agency. Carmichael soon weaned himself away from Paxil, but then suffered what was described as a catastrophic depression the following year.

"I put myself back on Paxil and then increased my dosage a week later after I started having suicidal thoughts."

Carmichael was in a hotel room two weeks later with his 11-year-old son Ian, when the medicated father suddenly became acutely delusional and psychotic. Thinking that his son had suffered brain damage because of epileptic seizures and would harm others, he strangled his own son to death.

David Juurlink, a scientist and drug safety expert at the Sunnybrook Health Sciences Center in Toronto, told QMI News that for a small number of patients, the use of selective serotonin reuptake inhibitors (SSRIs) could trigger suicidal behavior. "It's not much of a stretch to think it might rarely trigger homicidal behavior, too," he said.
"There's a widespread perception that (antidepressants) are very safe, but that's not always the case."

More PAXIL News
Carmichael says that when a doctor put him on Paxil for major depression in July 2003 he was not told about the potential for Paxil side effects.

Today Carmichael, who is no longer on Paxil, has recovered and is living with his wife and daughter in Huntsville, Ontario, where he is employed as managing director of Huntsville Sports. He now gives seminars on drug safety and promotes fitness as an effective treatment for mild and moderate depression.

He was charged with first-degree murder for the death of his son, but found not criminally responsible on account of a mental disorder. Any link between Paxil and his violent behavior was never explored in court.

"I would have liked to have known I was playing a lethal lottery," he said.

Among various Paxil side effects are Paxil birth defects. Many cases involving the SSRI antidepressant have resulted in a Paxil lawsuit.