Women who took Paxil during the first trimester of pregnancy and whose children were born with birth defects should consider speaking with an attorney about their options. Jeff Lowe, a partner at Carey, Danis & Lowe, says serious birth defects have been linked to the use of Paxil during pregnancy. 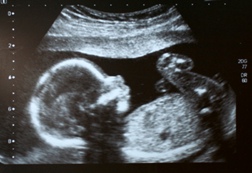 That does not mean that babies born with other birth defects are excluded from a potential lawsuit. Pregnant women who took any antidepressants from a class of drugs known as selective serotonin reuptake inhibitors (SSRIs, a class that includes Paxil) or serotonin-norepinephrine reuptake inhibitors (SNRIs, a class that includes Effexor) and whose babies were born with birth defects may want to consider speaking to an attorney about their options.

So far the medical literature has made the strongest link between use of certain antidepressants during the first trimester and an increased risk of PPHN or cardiac defects.

"There were studies looking at SSRIs and the early literature didn't see a connection [between SSRIs and birth defects]," Lowe says. "Then some studies began finding a connection between Paxil and birth defects such as PPHN and cardiac defects. GlaxoSmithKline [Paxil's manufacturer] had a database they were keeping that was based on their own studies. In 2006, they published their online database, which demonstrated a higher risk in major malformations for infants exposed to Paxil in the first trimester. Additional independent peer reviewed studies confirmed the link.

More PAXIL News
"Paxil's warning was changed in 2005 [to include the risk of birth defects]. There was an FDA warning letter issued on December 8, 2005 and a Dear Doctor letter issued in September 2005."

Carey, Danis & Lowe focus their practice in the area of pharmaceutical liability. They have recovered over $900,000,000 for their clients and have obtained jury verdicts in excess of $120,000,000. They represent clients nationwide.