It is considered the first Paxil birth defects lawsuit given class action status in North America. And no, this one is not in the US but in Canada, after a woman whose daughter was born with a hole in her heart has taken Paxil manufacturer GlaxoSmithKline to court over the issue. 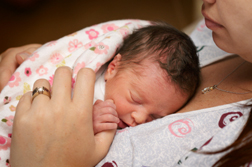 As reported by the Vancouver Sun (12/5/12), Faith Gibson is serving as the lead plaintiff in the mass tort in Canada representing "any person in Canada, born with cardiovascular defects, to women who ingested Paxil while pregnant, and the mothers of those persons." Mass torts in Canada are handled as class actions. The Paxil lawsuit is not the first in Canada, although a similar lawsuit filed in the province of Saskatchewan didn't proceed.

Gibson, who says she was not aware of the link between Paxil and birth defects at the time, was prescribed Paxil for depression in 2002. After becoming pregnant in January, 2005 Gibson continued taking Paxil throughout her pregnancy until her daughter was born September 14, 2005 with a hole located between the ventricular chambers of her heart.

At the time she was prescribed Paxil, GlaxoSmithKline did not reference birth defects specifically on the product label but only noted the safety of paroxetine within the context of human pregnancy had yet to be established and "should not be used during pregnancy unless the potential benefit to the patient outweighs the risk to the fetus."

Four months prior to becoming pregnant, according to the Vancouver Sun, the manufacturer had updated the label to indicate the potential for respiratory and other complications requiring hospitalization of newborns exposed to Paxil during the third trimester of Paxil and pregnancy.

Gibson, in her Paxil birth defects lawsuit, claims she was not aware of the potential for harm to her child and notes she would have switched to another antidepressant, or done without one altogether, in order to protect her child.

Ironically, two weeks after Meah Bartram was born GlaxoSmithKline released a statement to Health Canada advising doctors of a retroactive study that found a two-fold increased risk of both congenital Paxil birth defects and cardiovascular defects in children born to women exposed to paroxetine (Paxil) as compared with other antidepressants.

"Prescribers should carefully evaluate this new information when considering the use of paroxetine in women who are pregnant or planning pregnancy, " the advisory, released September 29, 2005, stated. "This information should be discussed with the patient."

More PAXIL BIRTH DEFECTS News
The Canadian Paxil lawsuit alleges GlaxoSmithKline either knew, or should have known about the potential for Paxil birth defects prior to the release of the advisory in late September 2005.

While the Canadian class action proceeds on behalf of any child and mother who may have been adversely affected by Paxil and birth defects, individuals in Canadian provinces other than British Columbia must opt-in to the lawsuit. Affected residents of Canada's western-most province??"where Gibson lives??"are automatically deemed as part of the class.

Paxil is a member of the SSRI class of antidepressants. Various studies on Selective Serotonin Reuptake Inhibitors have linked them to the potential for birth defects in newborns, including Paxil and Neural Tube Defects and Autism.