You know it's bad when the executives take a personal hit. In the third-largest award of its' kind in the nation's history, Purdue Pharma was slammed with a U.S. $600 million penalty over allegations of misbranding pertaining to its' popular painkiller, OxyContin.

Even more telling are the U.S. $34.5 million in fines levied against three of the company's top executives. The trio, including Purdue Pharma's president, pleaded guilty on May 10th as individuals to misbranding charges, which is a criminal offence. 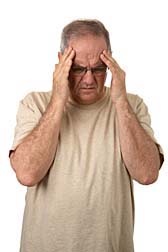 The crux of the allegations stemmed from OxyContin's robust formula. Considered a narcotic, OxyContin delivers the kind of punch needed to stem serious pain symptoms for up to 12 hours. With that kind of strength, one would assume that OxyContin could have addictive qualities.

However, when it introduced the drug in 1996, Purdue Pharma played down any fears of dependency, give its' claim that the drug was a lesser threat due to a time-release characteristic, than more traditional drugs commonly taken for intense pain, but known to have addictive tendencies.

That claim, accompanied by an intense marketing strategy, propelled OxyContin to superstar sales of U.S. $1 billion dollars just a few years after it was introduced. Purdue Pharma promoted the drug heavily, and it looked like it had a winner on its' hands.

That is, until reports began surfacing that people were beginning to chew the tablets to achieve an almost instant high. Others would crush the tablets and snort, or even inject the prescription drug for a rush some say rivalled the euphoria of heroin.

From the time OxyContin was approved by the U.S. Federal Drug Administration (FDA) in 1995 until 2001 when Perdue Pharma finally halted its' marketing strategy in the face of public scrutiny and health concerns, Purdue Pharma embarked on a deliberate attempt to minimize potential fears that were identified early on, in an effort to spur sales and gain a toe-hold in the market. Claims of less risk for addiction or abuse due to the drug's time-release formula was more fantasy than fact, but the company decided to run with the theory anyway.

OxyContin contains the narcotic oxycodone, which is also an ingredient in Percocet, among others. What sets OxyContin apart is the fact that it is pure oxycodone - a godsend for those patients suffering from intense pain. With the time-release characteristic of the drug factored in, OxyContin represented real relief, and proved longer lasting than other competitors on the pharmacy shelf.

However, grind that tablet up, and you wind up with a helluva wallop all at once. Abusers figured this out early. It is alleged that Purdue Pharma figured this out too, very early on. But with dollar signs in their eyes, it's now apparent that company executives decided to play down the darker side of OxyContin.

For its part, the FDA allowed Purdue Pharma to include the language 'believed to reduce' when referring to the potential for abuse and dependence, on product packaging. However, Purdue Pharma not only misrepresented the theory to the medical community and the public at large, it was also seen to allow their sales representatives to promote the product to doctors and medical practitioners using fraudulent documents and charts, trumpeting the magic of time-release as fact, rather than theory.

At one point OxyContin, which achieved an incredible U.S. $2.8 billion between 1995 and 2001 in sales, represented ninety per cent of the company's total revenue.

As part of the settlement, Purdue Frederick, the holding company responsible for Purdue Pharma, is required to set aside a portion of the $600 million in penalties as a fund to settle civil lawsuits.

Among the top executives cited in the misbranding charge is Dr. Paul Goldenheim, Purdue Pharma's former medical director, who was required to pay U.S. $7.5 million in penalties for his part in the misrepresentation.

If you have been affected by taking Oxycontin, please contact an [Oxycontin lawyer] who will review your claim at no cost or obligation.
Request Legal Help Now