SuperShuttle International Inc: Allegations that Drivers are Made to Pay the Freight

In a case that gets right down to where the rubber hits the road, employees of a California shuttle company are hoping that a class-action lawsuit will shift their case into overdrive, and force their employer to ante up millions of dollars in unpaid overtime. 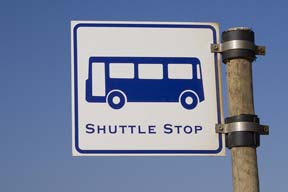 Employees of SuperShuttle International Inc. allege that their employer has misclassified them as 'independent contactors' and / or 'franchisees' over a four-year period. Such designations would allow the company, the suit alleges, to do an end run around State labor laws and statutes governing basics such as minimum wage and overtime pay.

In so doing, it is alleged that the company unfairly shifts operating expenses to the drivers. Such a practice would be doubly frustrating given the rise in the price of fuel over the course of the past year.

SuperShuttle is based in Scottsdale, Arizona but serves Sacramento International Airport. The suit alleges that the company illegally requires their shuttle van drivers to cover the leasing costs, and the maintenance of their vehicles. It is further alleged that insurance premiums, and other expenses are shifted onto the backs of the operators.

At the end of the day—and a very long day it turns out—drivers have reported that once all expenses and operating costs are deducted, operators wind up with an actual wage in real dollars of less than minimum wage. According to the suit drivers are often behind the wheel more than 12 hours in any given day, and that's without meal breaks or overtime pay.

It was revealed on May 19th when court documents were filed that SuperShuttle could be in the position of owing as much as $100 million dollars in unreimbursed expenses, back wages, penalties and interest to roughly 500 current, and former employees of the company.

It has been noted that the SuperShuttle case closely mirrors that of a recent matter involving FedEx Ground. That lawsuit represented drivers in California, a litigation that the company lost both at trial, and on appeal.

The 28-page lawsuit was filed in Alameda Superior Court earlier in May, although there are those who feel it could take years to go through the courts.

Still, the drivers should be commended for acting on their claim, and taking steps to pursue the matter through proper legal channels, rather than just roll over and take what their employer is allegedly dishing out.

Not that they want to drive SuperShuttle International Inc into the poorhouse. No, where the rubber hits the road, all they're looking for is their due…

Posted by
Banipal Youdef
on April 28, 2016
super shuttle lower their price to compete with other transportation companies,but they didn't lower they fees even a one penny.so we are like a slaves.we have to work 24/7 to cover their percentage and fees.we have to pay for gas for maintenance of vehicle .and this is so unsafe for us and for our customer that driver give them a ride with no time for sleep to cover super shuttle fees.and if you complain about situation ,they reply leave the key and go.its totally
ABUSING ABUSING ABUSING
Posted by
frnkalto
on March 14, 2012
I worked for South&East Bay Shuttle in san jose. I saw S.S. drivers 24/7 at SFO , its true about these tranportation companies. they mke slaves of people. I was a serf for yellow cab of san jose, where I paid 540 per week to lease cab (on contract, monthly) to make larry and don silva- RICH. Note to exploiters..You'll get yours on judgement day.
Posted by
Peter T
on January 6, 2012
How about those super shuttle drivers who resides on ther states besides California. Some of us are just as screwed just like the rest.

I was a driver for the Miami SS paid by straight commissions and OT hours every week and sometimes wait for a long time (up to 3 hours) without getting paid for the time even if it's management fault for not providing enough vans for everyone and that some of vans may be unsafe to drive.

Posted by
Hobart M Edwards
on February 19, 2011
We share the same conditions in Denver Colorado.