While overtime pay lawsuits might be more commonly associated with commerce and technology companies - especially when it comes to misclassification of employees - one recently filed overtime pay lawsuit alleges athletes in a professional league have been misclassified. Meanwhile, a wage lawsuit filed in March by baseball players accuses Major League Baseball of paying its minor league players so little, many of them live in poverty. 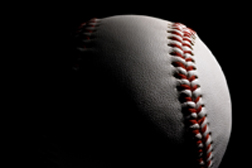 The most recent lawsuit was filed by a former member of the Los Angeles Temptation, a team in the all-female Legends Football League (some might remember it as the Lingerie Football League). The lawsuit, filed by Melissa Margulies on June 30, alleges players in the league are improperly classified as independent contractors and, as such, are not paid overtime, according to Westside Today (7/2/14).

The lawsuit claims employees should not have been classed as independent contractors because the league has significant control over the players’ job duties. Those duties reportedly include being ordered to be at practices, attend promotional events and give publicity rights to the league. Players who violated the rules faced possible termination. Furthermore, according to the lawsuit, players were not given reimbursement for expenses related to work and were not given wage statements.

Margulies alleges players’ pay was based not on a wage but on ticket sales and team performance. As a result the lawsuit claims there were seasons where some players received no pay, according to Courthouse News Service (7/2/14).

Minor league players do not earn overtime pay, despite regularly working more than 50 hours a week and sometimes up to 70 hours during championship time, the lawsuit claims. Furthermore, according to the lawsuit, there are periods during which the players make no money, such as during spring training.

More CALIFORNIA OVERTIME News
“These wage violations force many minor leaguers to live in poverty,” the lawsuit, filed March 5, states. “The minor leaguers sometimes cram 5 or 6 players - occasionally with wives and children - into a small apartment, often using air mattresses or couches as beds.” The lawsuit notes that the Department of Labor is currently conducting investigations into wage and hour violations on the part of Major League Baseball.