An overtime pay lawsuit, alleging Petco willfully violated the Fair Labor Standards Act when it came to overtime pay laws will be allowed to continue after a judge denied Petco’s motion to dismiss. The lawsuit alleges Petco does not pay its managers overtime because the managers were improperly classified as exempt from overtime pay, despite performing many non-exempt tasks. 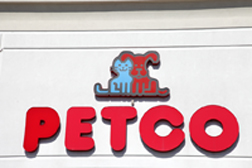 Initially, the courts found partially for Petco, granting part of the company’s motion to dismiss, but also granting leave to the plaintiff to amend the complaint to show that Petco willfully violated the Fair Labor Standards Act.

In denying the latest motion to dismiss, Judge M. James Lorenz agreed that because of the size of Petco’s operations - more than 1,150 stores throughout the country - “it is plausible that Petco knew the underfunded labor budgets would cause assistant store managers to perform non-exempt tasks and result in its FLSA violation,” according to court documents.

The judge’s refusal to dismiss the lawsuit does not mean that Petco has been found guilty of violating the FLSA. It means that the plaintiffs have made a reasonable case that Petco violations of the Fair Labor Standards Act, if they occurred, were likely willful, allowing plaintiffs to file the case within a three-year statute of limitations, instead of two years.

“In light of the foregoing, the Court finds that Kellgren’s allegations contain sufficient factual matter, accepted as true, to state a claim [of willfulness] that is plausible on its face,” Judge Lorenz wrote.

The lawsuit is Kellgren v. Petco Animal Supplies, Inc., Case No. 13cv644-L, in the US District Court, Southern District of California.