Snoop Dogg is the latest celebrity to get slapped with a California overtime lawsuit. Three of the rapper’s former bodyguards are suing him for $3 million, including overdue wages, general, compensatory and punitive damages, and all legal fees. 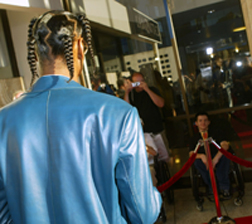 Torrey Mitchell, Donnel Murray and Ryan Turk allege that Snoop Dogg fired them in January 2014 because they complained about their working conditions, according to Courthouse News Service. The overtime lawsuit, filed in Los Angeles Superior Court, alleges the three men ran errands for Snoop Dogg and his family, drove him to recording studios, clubs, concerts, red carpet affairs, and to his separate apartment used for entertaining his many female acquaintances, as well as working their security jobs. Further, they were only able to sleep three hours a day when Snoop was touring and they were not given morning, lunch and afternoon breaks, which is a violation of the California labor law.

Snoop isn’t the only celeb dodging overtime payments. Last year, singer Alanis Morissette was hit with a California overtime lawsuit by her former nanny and Lady Gaga was sued by her former personal assistant for $380,000 of alleged unpaid overtime. Jennifer O’Neill claimed she was always on call for Gaga but was never paid for working more than eight hours a day. However, she received a yearly salary of $75,000, unlike the Raiderettes, cheerleaders for the NFL’s Oakland Raiders, who are paid $1,250 a year.

The Raiderettes filed a lawsuit in January in Alameda County Superior Court, claiming the Raiders failed to pay minimum wages and overtime, and illegally required the cheerleaders to pay expenses out of their $125-per-game salaries. The lawsuit also claims that the Raiders:

• impose arbitrary fines on the cheerleaders for such offenses as bringing the wrong pom-poms to practice;

• illegally withhold the Raiderettes’ salaries until the end of each season, in violation of California law requiring pay at least twice a month; and

• illegally prohibit the cheerleaders from discussing their wages with one another.

According to the lawsuit, the cheerleaders’ wages worked out to less than $5 an hour, taking into consideration the hours of unpaid work they perform at rehearsals, 10 charity events per season and the team’s annual swimsuit calendar photo session.