A California overtime lawsuit has resulted in a $3.2 million settlement with Sears Roebuck & Co. The lawsuit alleged Sears violated overtime laws by not including commissions when it calculated employees’ overtime pay. The settlement has received preliminary approval from the judge. 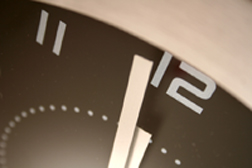 Approximately 18,000 Sears employees are affected by the settlement. The class includes “C-class” employees who received a base pay and commission but were not adequately compensated for their overtime hours worked in the four years prior to the lawsuit being filed, according to court documents. The lawsuit also alleged that Sears did not allow proper meal and rest breaks and failed to provide separate pay stubs with the paycheck.

Under federal law, overtime pay is calculated at a rate one-and-one-half times the regular rate of pay for the workweek, but that rate is based on all regular compensation the employee makes in a week. For employees who are paid only on an hourly basis, the overtime rate is fairly easy to determine. But for those who are paid a commission on top of hourly pay, the commissions must also be included when determining “regular” wages.

In fact, when determining regular wages for the sake of calculating overtime, employers must include not only hourly earnings and/or salary, but also commissions, certain bonuses and piecework earnings. Those are added together and divided by the number of hours worked during the workweek to determine the regular rate of pay. The regular rate of pay is then multiplied by 1.5 times to determine the overtime rate.

More CALIFORNIA OVERTIME News
The lawsuit, filed by Sarah Chookey, alleges Sears did not include commissions when calculating its employees’ overtime pay, meaning that employees were not actually paid one-and-one-half times their regular rate of pay.

Although the underpayment may seem small in any one pay period (according to court documents, one pay period resulted in an underpayment of less than $40), over the course of four years of overtime - and considering approximately 18,000 people were affected - that adds up to a substantial amount.

In agreeing to the settlement, Sears did not admit to any wrongdoing but said it would settle to put an end to the lawsuit. There are exceptions to including commissions in overtime pay, but the lawsuit claimed Sears employees did not fall under those exceptions.

Posted by
April Camery
on February 28, 2014
I just settled a class action suit with Sears for asst managers for automotive not being paid overtime. If I knew know what I know I would tell these people to forget it. My personal award was 9825.42 I received 1621.00. I also received a 1099 for 9825.00 and a w2 for 1621.00 so the lawyer got 7000.00 round figure and I have to pay income tax on the whole amount. Who are the stupid ones the people who get caught up in thinking that the civil lawsuit is going to get you any money you are due. I think the lawyer should be sued for over payment to himself