An unpaid overtime lawsuit filed against Valero Corner Stores has been granted class-action status. The lawsuit, alleging violations of overtime laws, was filed in 2009, but had been voluntarily moved to arbitration. Plaintiffs in the case allege they were forced to work off the clock for the company and not paid either regular or overtime wages. 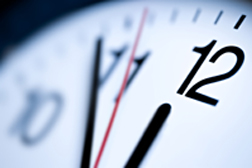 More than 3,400 hourly managers and assistant managers at the company’s stores nationwide could be affected by the lawsuit, San Antonio Business Journal (9/25/13) notes. Current and former managers who worked for the company from February 10, 2008, could be included in the lawsuit. Plaintiffs allege they performed unpaid work for the company, including surveying competitors’ gas prices, conducting surveillance of employees and completing required tasks onsite but off the clock.

A lawyer for the plaintiffs told Lubbock Avalanche-Journal (9/25/13) that the hourly managers were full-time and were eligible for overtime pay for off-the-clock work.

A spokesperson for the employer said the company complies with employment laws. Both Valero Energy Corp and CST Brands Inc are named as defendants in the case. Approving class-action certification is not a judgment on the merits of the case.

Meanwhile, approval has been given to an overtime lawsuit filed against 24 Hour Fitness. The lawsuit was filed in 2006, Courthouse News Service (9/19/13) reports, and was settled for $17.4 million. Each of the 862 claimants will receive approximately $20,000. The settlement approval documents filed by the judge noted that no plaintiff objected to the settlement and 851 claimants had signed releases approving it.

More CALIFORNIA OVERTIME News
“The Settlement Agreement is fair, reasonable and adequate in all respects under the FLSA,” the judge noted. “The Settlement Amount will provide a substantial benefit to the plaintiffs.”

Plaintiffs alleged that managers, sales counselors and trainers were improperly classified as exempt from overtime pay. According to court documents, the defendants knew that the primary duties of the plaintiffs were not consistent with those required for exemption from overtime pay under the Fair Labor Standards Act, but classified the employees as exempt and refused to pay minimum wage or overtime.

The 24 Hour Fitness Lawsuit is case number 3:06-cv-00715-SC, filed in the US District Court Northern District of California, (Oakland Division).