Most people wouldn’t dream of walking out of a store with an item, and not paying for it. Or strolling into a dealer to test-drive a car, and never bringing it back. That’s stealing. And that’s exactly what employers do when they flaunt overtime pay laws and refuse to pay their workers overtime. The employer is stealing hours of your time. It’s nothing short of theft. 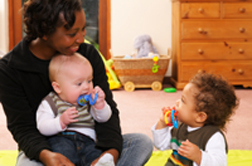 In California, various pieces of legislation are on the books to combat overtime pay indiscretions in certain sectors. To that end, according to the Sacramento Bee (9/20/13), California Governor Jerry Brown is poised to sign AB 241, a bill brought forward by Assemblyman Tom Ammiano, the Democrat from San Francisco.

If signed, the bill would include domestic workers such as in-home nannies and caregivers in overtime laws that would see them receive overtime after working more than nine hours in a day, or 45 hours in a week.

According to the Sacramento Bee, the bill aligns with a recently passed federal statute that provides overtime pay to home health workers. However, the federal bill - which does not come into effect until January 2015 - does not cover privately employed in-home child care workers (nannies). The state bill would include nannies in California overtime law, and would cover them sooner. The bill, if signed, would come into effect this coming January, a full year ahead of the federal statute.

Meanwhile, a class-action unpaid overtime lawsuit brought by bank brokers against Bank of America (BofA) and Merrill Lynch will not have arbitration foisted upon them following a recent ruling by a federal judge, effectively quashing the arbitration attempt.

The overtime pay class-action lawsuit was filed this past March and contends that bank brokers, known throughout the industry as financial solutions advisers, are not exempt from the provision of overtime pay for non-managerial employees.

One of the class plaintiffs named in the lawsuit is a broker who hails from California, making this case of interest to California overtime law.

More CALIFORNIA OVERTIME News
In his ruling quashing the defendant’s motion favoring arbitration under the auspices of the Financial Industry Regulatory Authority Inc. (FINRA), Judge Harold Baer of the US District Court for the Southern District of New York wrote that the relevant laws and interpretations by the US Securities and Exchange Commission (SEC) “each reject [Merrill’s and Bank of America’s] contention that arbitration should be compelled at this stage of the litigation,” the judge ruled.

FINRA rules “explicitly prohibit the enforcement of arbitration agreements against a member of [a continuing] putative class or collective action.”

The overtime pay lawsuit seeks back pay representing unpaid overtime for more than 100 members named in the class, and damages estimated to exceed $5 million in total.

Posted by
susan
on October 27, 2013
What these laws are going to do is put the small mom & pop businesses OUT OF BUSINESS. Our family in home care agency has been doing business for 31 years and now it looks as though our doors will have to close as Jan. 1, 2014.
Posted by
Lia Smith
on September 25, 2013
These laws look great--but at the end of the day the Companion Exemption has worked because caregivers on Live-In and long hour shifts are aloud "downtime" or breaktime. No where was it mentioned that caregivers in facilities are always paid overtime--or that the law that passed in New York--carved out Third Party Employers--who are making it feasible for independent Seniors to afford to remain home. This law does not apply to Independent contractor agencies; who will continue to place Seniors in a position of "Employer" without bearing any responsibility. Currently as an owner I am reducing my workers hours to under 40, and causing many of them to rely on food stamps and other state aide. This law looks good--but actually kills caregivers who have been supporting themselves with Live-in care, and Seniors who after it is passed will be moving into state paid (medicare/Medical) Nursing Facilities. Good JOB!
Posted by
Senior Cares
on September 24, 2013
This is really a loss for all those domestic workers who, by their choice, decide to work more than 40 hours per week. Unfortunatley because of the Federal, and potentially the State laws, Caregivers hours will be reduced down to comply with the law.

Private families and households will determine that it becomes to cost prohibitive to hire a caregiver for a 12 hour shift. Those longer hour shifts will soon become a thing of the past. Families will either split the 12 hour day between 2 separate caregivers, or they will simply hire someone for 8 hours per day instead of 12. This will reduce a caregivers earning potential by 50% or 33% respectively.

The other service that will completely go away for caregivers is Live-In services. Many caregivers choose to live in with clients. This provides a convenient alternative for many in the care-giving profession to have paid room and board, meals and utilities while caring for an aging patient. Given these new rules, Live-In services will simply become unaffordable. This service option will all but disappear for families and for caregivers who want to work these cases.

The unintended consequences of these two pieces of legislation will have far reaching effects. The only ones who will benefit from these rule changes will be the attorneys who collect 60% of the unpaid wages from private families who were unaware of the law change.