Are Overtime Pay Laws About to Worsen?

The love may not have been felt in some circles on Valentine's Day this year as the debate over a landmark overtime pay laws bill continued to heat up like two lovers in the throes of mid-February fireworks. In the face of a growing number of class-action lawsuits seeking redress for alleged infractions to overtime laws, companies employing high-tech workers are attempting to cut their losses by further limiting the number of employees who qualify for automatic overtime pay. 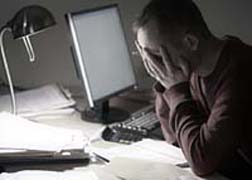 The Los Angeles Times, on Valentine's Day, summarized the bill introduced in the fall of last year by Democratic US Senator Kay Hagan of North Carolina. The bill would serve to expand the ranks of workers who would not qualify for automatic overtime pay for duties performed beyond 40 hours in any given work week.

So far, many employers have attempted to get around the overtime issue by incorrectly classifying workers as being exempt from overtime. The result is unpaid overtime, when in actual fact, overtime should be duly paid.

However, due to the nature of the IT, high-tech and computer industries, in particular—involving work hours easily extended by the needs and rigors of the industry—overtime can prove costly to employers. Overtime budgets can be provided for each fiscal, but there is no way of knowing going in whether a budget will be adequate.

Under the proposed overtime pay bill, according to the LA Times, the pool of workers considered exempt from overtime pay would be widened to include those involved with the securing, configuring, integrating and debugging of computer systems.

The latter update to overtime laws would have a dramatic impact on California overtime law, given the size and breadth of the IT and computer industry sector in the state. Known for its "Silicon Valley" area, the state of California reportedly lists 408,000 individuals toiling in computer-related fields, according to the Bureau of Labor Statistics.

Major manufacturers such as IBM and Intel Corp. are of the view that such an update to overtime pay laws would help prevent jobs from further migrating offshore. However, computer workers, as aptly stated by the LA Times, "see it as an effort to squeeze more work out of employees for less pay in an industry that's notorious for killer hours and all-nighters."

Workers' compensation settlements notwithstanding, the industry is mindful of the number of overtime pay lawsuits that have been brought in recent years. Not far off the radar is the settlement agreement reached last year between Oracle Corp. and plaintiffs in a class-action suit brought by a collection of employees in California who claimed they were denied extra pay under California overtime law.

More CALIFORNIA OVERTIME News
That settlement was worth $35 million.

Critics of a further decimation to overtime laws see the explosion of social media—and an ever increasing use of social media for marketing and communications purposes by business and commerce—as an existing means of keeping employees on a soft clock in a subtle way, even when away from the workplace during private time. To that end, when an employee, actually on the clock at an employer's premises or telecommuting from home, works a pile of extra hours that benefits the employer and the product at hand, additional compensation should be forthcoming according to California overtime law.

However, if there is a change to overtime pay laws, that thinking—and the opportunity for overtime pay—is further decimated.