The California Labor Commissioners Office has filed a lawsuit against Calcrete Construction. Inc. seeking $6,300,338 for unpaid overtime and sick leave as well as the company’s failure to provide proper wage statements. The complaint alleges that Calcrete forced workers to sign contracts stating they were independent contractors or be fired. Employees typically worked 10 to12 hours Monday through Friday and eight hours on Saturday. Nonetheless, they were paid only their regular hourly rate and not for the 18 to 28 hours of overtime they frequently worked. These violations of California overtime pay laws allegedly took place over a two-year period, from 2014 to 2016. 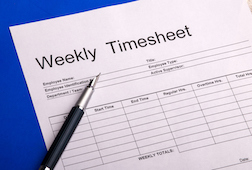 Under California labor law, many factors go into determining whether a worker is an employee or independent contractor. The most significant issue is whether the person to whom service is rendered (the employer or principal) controls or may control what work is done and how it is performed. Other pieces of the puzzle include:
• who supplies the tools;
• whether the business of the worker is fundamentally different that the business of the principal;
• whether the worker has a potential for profit or loss depending on his or her managerial skill;
• how long the relationship has existed; and
• whether payment is made on the basis of time or completed job.

Neither the existence of a written agreement purporting to establish an independent contractor relationship or the tax reporting of any payment by means of Form 1099 mean anything.

More CALIFORNIA OVERTIME News
Whether a worker is an independent contractor or an employee can be profoundly important to a worker. Independent contractors are pretty much left out in the cold in terms of legal protection. They are not protected by minimum wage, overtime and retaliation laws. They are not guaranteed workers' compensation coverage and have no rights to paid rest and meal breaks or sick leave. They can also be much cheaper to employ. It matters to the state, as well. The California Labor Commissioner’s office estimates that worker misclassification costs the state an estimated loss of $7 billion each year in payroll tax revenue.