A former warehouse manager for Amazon has filed a lawsuit for California overtime violations, claiming that Amazon failed to pay overtime and misclassified his employee status. 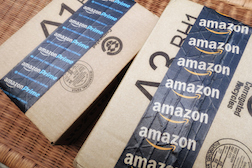 Michael Ortiz, a former shift manager for Amazon in its San Francisco Bay area warehouses, filed a lawsuit against Amazon in June 2017, claiming that Amazon improperly classified him as exempt from overtime, according to the New York Times.

Most entry-level workers at Amazon, known as associates, are eligible for overtime compensation but Amazon's salaried managers are not, according to the news report. Ortiz told the New York Times in an interview that he and other managers were promised when hired that their jobs would consist mainly of supervisory work. Instead, the brunt of Ortiz's work turned out to be manual labor, some of it dangerous, he said.

“When we were hired, we were told we would be managers working on high-end things,” Ortiz told the New York Times. “In reality, the bulk of the managers got stuck doing very tedious work, which ultimately caused me to be injured.”

Ortiz worked for Amazon for around 11 months at a Richmond, CA, Amazon delivery station until he was fired in Dec. 2016 after he slipped and injured his eye while climbing on a conveyor belt to clear a package jam, the New York Times reported.

More CALIFORNIA OVERTIME News
In Dec. 2014, the US Supreme Court ruled in a lawsuit filed by two former employees against Integrity Staffing Solutions that warehouse workers who retrieved packages from warehouse shelves and packaged them for delivery to Amazon.com customers were not entitled to receive overtime wages for the 25 minutes they typically spent waiting to pass through security screenings.

The New York Times noted that overtime lawsuits like the one filed by Ortiz are more common and may have a better chance of success, especially in California due to the state's employee-friendly labor laws.

"In California, the burden of proof is on employers to show that workers should not receive overtime pay, which they can do by demonstrating that more than half of a manager’s job consisted of managerial responsibilities, labor lawyers said," according to the New York Times.

The New York times also reported that Ortiz's attorney plans to seek class-action status of the lawsuit with additional plaintiffs.