An overtime pay lawsuit filed a year ago March in a California federal court has been paused by a federal magistrate to allow for a ruling by the US Supreme Court. The ruling, on a separate case, could set precedence and determine whether, or not employees of SolarCity Corp. would be forced into arbitration to settle their claims. 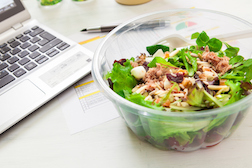 The overtime pay lawsuit was initiated in March, 2016 as a proposed class action by SolarCity employee Ravi Whitworth, who worked as a photo installer for the defendant, a provider of solar systems throughout the US. Whitworth alleged in his California overtime law complaint that SolarCity failed to pay travel time to installation and maintenance personnel, failed to provide meal breaks and rest periods as mandated under California law, and failed to reimburse them for reasonable expenses incurred while performing their jobs.

Such claims combine to impact both regular pay and overtime pay, or so it is alleged in the overtime pay lawsuit asserting violations to the Fair Labor Standards Act (FLSA) as well as other alleged violations. Whitworth had also brought his unpaid overtime lawsuit under the Private Attorneys General Act (PAGA), a California statute where an aggrieved employee can bring a representative action as a private attorney general to recover penalties for workplace violations, on behalf of themselves and other current, or former employees – or on behalf of the general public.

The various machinations with regard to Whitworth’s lawsuit began soon after the lawsuit was filed, when SolarCity moved to arbitrate the complaints based on a waiver Whitworth was required to sign when he was hired, compelling arbitration over class action claims.

However, US Magistrate Judge Jacqueline Scott Corley reject the defendant’s motion, ruling that the waiver signed by the plaintiff was invalid in light of a Ninth Circuit ruling with regard to Ernst & Young LLP v. Morris, in which the appeals court opined that Ernst & Young’s requirement that employees pursue work-related claims individually flew in the face of Section 7 of the rights given to employees by the National Labor Relations Act (NLRA) to pursue concerted work-related claims.

That ruling by the Ninth Circuit found that employment arbitration agreements containing class action waivers are invalid and unenforceable under Section 7 of the NLRA, which protects a broad range of employee activity, including the right to try to improve working conditions through administrative and judicial reform, according to the order.

Judge Corley granted the pause, but only in part: the federal magistrate allowed discovery in association with the aspects of the case under PAGA in California, together with individual claims, to proceed. The magistrate also denied, for a second time the defendant’s attempt to compel arbitration. Her reasoning was not far removed from her first ruling, on that count.

Her Honor compelled the two parties to meet and confer regarding “the form and plan for notice to the putative class,” by June 7.

The case is Whitworth v. SolarCity Corp., Case No. 3:16-cv-01540, in the US District Court for the Northern District of California.

Posted by
Elizabeth Curry White
on May 28, 2017
I am a Sub-teacher for the Berkeley Unified School District and I have been trying to get my job injury claim settled for eight years and all my treating physician have written medical reports and proven stating that all my injuries are job related however my job attorney keep deny my claim to avoid payment and proper medical and benefit pay forcing me to use my private medical insurance which I can no longer afford and I am in debt and about to lose everything with no income and job.