A California overtime law collective action against Bloomberg LP by employees who work on Bloomberg’s Analytics team assert the media and securities giant has cheated them out of overtime pay through misclassification as overtime-exempt. Meanwhile three plaintiffs who were in danger of being dismissed from the plaintiff pool for missing a filing deadline for documents, have been granted an extension and will remain with the overtime pay lawsuit provided subsequent deadlines are met. 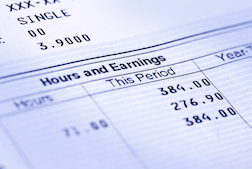 According to court documents, Bloomberg employs hundreds of representatives on their Analytics team tasked with fielding questions from clients with regard to future risk that might endanger client portfolios, together with instruction on how to search for securities on emerging markets on the Bloomberg Terminal. The vast majority of these reps are based in New York, and San Francisco.

The unpaid overtime lawsuit was launched three years ago this month, in April 2014. Plaintiffs asserted they worked, on average, about 4.4 hours of overtime each week – usually accumulated by coming into work early in order to either initiate, or respond to ‘chats’ with business clients when their shifts commenced. The plaintiffs also allege they were made to stay late when a chat session already underway extended beyond the plaintiff’s shift.

The named plaintiffs – Eric Michael Roseman, Alexander Lee and William Van Vleet – allege in their overtime laws collective action that Bloomberg also required them to work an extra shift on occasional weekends in order to ensure that the help desk would be staffed 24 / 7.

Plaintiffs assert they were never paid overtime for the additional hours. While plaintiffs earn a yearly salary as well as a bonus, they assert Bloomberg “never pays” overtime.

The California overtime lawsuit was certified as a collective action in April, 2015 with 48 members having joined the case at the time. Court papers show that number has dropped to about 36 participants.

That number may have dropped even further had Bloomberg been granted their petition to remove three participants for missing a court-ordered deadline for filing documents for discovery, as requested by the defendant after having sought discovery on the 36 opt-in plaintiffs.

Three of the plaintiffs – Edward DaCosta, Catherine Fox and Joseph Marfil – did not file in time. Bloomberg sought to have them removed. The judge in the case, however, refused to excuse the three on grounds that a “lack of clear notice” suggesting dismissal from the unpaid overtime lawsuit should a filing deadline be missed, should not deny the three plaintiffs from participating. In other words, the three plaintiffs may not have been aware as to the consequences of missing a filing deadline.

More CALIFORNIA OVERTIME News
“The court therefore exercises its discretion to offer the non-responsive plaintiffs one last opportunity to take part in this litigation,” wrote US District Judge Thomas P. Griesa. “Edward DaCosta, Catherine Fox, and Joseph Marfil shall respond to Bloomberg’s document requests and shall file affidavits with the court signaling their intent to remain in this litigation no later than May 19, 2017.”

Bloomberg moved to decertify the collective action this past September – not due to numbers, but rather a claim on the part of the defendant that job duties amongst the plaintiffs varied greatly, and thus precluded the overtime lawsuit from proceeding as a collective action. To that end, Bloomberg would like to see the matter resolved by way of individual adjudication.

The case alleges violations of tenets housed in the Fair Labor Standards Act (FLSA), as well as New York and California labor law.

The case is Eric Michael Roseman et al. v. Bloomberg LP, Case No. 1:14-cv-02657, in the US District Court for the Southern District of New York.