How Will New EEOC Regulations in 2018 Affect Donning and Doffing?

Employers, and especially those employing 100 workers or greater, will be looking to 2018 and preparations for a response to new rules proposed for the employer information report under the auspices of the Equal Employment Opportunity Commission (EEO-1). There is speculation the proposed changes could expose employers to increased instances of lawsuits involving overtime pay, donning and doffing, off-the-clock work, wage discrimination and other alleged violations of worker rights. 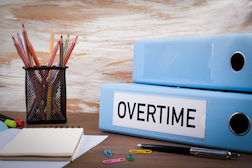 That’s somewhat speculative, and will remain so until the reforms, if adopted, are brought in as planned at the start of 2018. The potential, however, is the opportunity for employees to have more tools by which to bring litigation against an employer for pay violations, including those under California overtime law.

The basis of the discussion is the proposed requirement to submit data on pay, and hours worked – data that would be made available and used for assessing complaints of discrimination and disparities within pay groups.

Donning and doffing, which is a specific term used to characterize the act of putting on, and then taking off employer-mandated uniforms or safety gear required for the job, carries generic meaning with respect to various tasks and work required of the employee outside of their regular shift – either before clocking in for the day, or after clocking out.

Essentially, when this happens employees are working on their own time without pay. Provided this extra work adds up cumulatively to several hours per week or month over and above the standard 40 hour work week, an allegation of missed overtime pay is assumed.

Not only is the employee missing out on pay that is their due, in a missed overtime pay situation an employee can miss out on substantial pay that is not only denied them, but also at a higher rate that would translate to more dollars in the pay packet.

Various tenets maintained by the Fair Labor Standards Act (FLSA) and state guidelines within the state of California, require that employees are paid for all hours worked.

There are few, if any exceptions. Training sessions, for example, or time required to complete paperwork that is job-related, must be performed while the employee is properly ‘on the clock.’ There are legal, and case precedents that suggest an employee that is required to wear certain uniforms, protective clothing or safety gear specifically for the job, should be compensated for the time it takes to don, and then doff that gear.

Standby time – waiting for work – should also, in general, be properly compensated.

Staff meetings mandated by the employer should occur on company time, rather than during an employee’s personal time.

One aspect of donning and doffing, and off the clock work that most employees may not realize, is that it’s illegal to volunteer for a task or function after hours, without pay. An employer cannot ask, or require an employee to undertake such a task within such circumstance, is the same fashion that an employee cannot ‘volunteer’ for work without pay. Overtime pay laws, other state laws and federal statutes suggest that only companies and employers registered as a not-pro-profit, claim the right to recruit volunteers, or for volunteers to step forward to donate work, tasks or skills on their own time.

More CALIFORNIA OVERTIME News
Finally, personal devices: we all have them – cell phones, tablets and other mobile devices. Many employers will provide a device for employees to use, if such a device is required to perform a job function. However, it is not appropriate for an employer to expect an employee to use his, or her own personal device for company tasks without reimbursing the portion of the data or voice bill, and the portion of the device depreciation, used for company purposes related to the job.

There is legal precedent in the state of California where a court has mandated an employer compensate employees for equipment and data inherent with personal devices, when those personal devices and data are used for job-related purposes.

California overtime law maintains strict guidelines, together with FLSA regulations, protecting worker rights. Any lack of compensation for donning and doffing, working off the clock or using a personal device and personal data for job-related tasks is not only unfair and unjust, it could be illegal for both the employer, and the employee.

Posted by
Robert Brack Sr
on February 19, 2017
I am attempting to find out if there is Donning and DOFFING in the state of New Jersey???