At least one labor law attorney predicts that no California overtime changes will occur anytime soon with the new presidency, although there is some speculation of abolishing the “final overtime rule”. 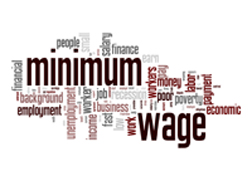 Labor law experts indicate that significant changes to overtime law, if any, would happen at a federal level. But in all likelihood, California employers and employees would be the least affected by any changes because labor laws in the state are amongst the most stringent in the country and they have been set to protect California employees. Even if overtime changes are made under the new administration, workers won’t necessarily be affected because California overtime laws—and minimum wages--are more generous to employees than federal law. (Although it will take a few years, New York and California are among the first states to raise the minimum wage to $15 per hour. California is now second only to Washington, D.C., where minimum wage is $11.50 per hour.)

New legislation that could have made 4.2 million employees eligible for overtime was blocked last November by a federal judge in Texas. The Department of Labor rule that the final overtime law, supposed to take effect December 1, 2016, meant that certain exempt and salaried employees would have their income almost doubled or they would get paid an hourly wage and become eligible for overtime. The law would have required companies to pay overtime to their workers who work more than 40 hours per week but made under $47,476 per year. Under current law, employers are not required to pay overtime to salaried/exempt workers if they make more than $23,660.

The sudden reversal at the end of 2016 left many small business owners in a quandary, some of whom had already re-classified their workers to hourly status or increased salaries in order to avoid overtime changes. And this issue does affect businesses in California. For instance, Fortune Magazine (Nov 2016) reported that Bryan Pate, CEO of Elliptigo, a bicycle manufacturer in San Diego with 22 employees said that, due to changes in overtime regulations, workers must be paid hourly rather than give them salaried positions.

More CALIFORNIA OVERTIME News
Although the DOL is appealing the judge’s decision, it could take months. And not knowing the outcome has left businesses like Elliptigo in limbo. According to attorney Sara Boynsis, with Fenton & Keller in Monterey, the DOL will likely abandon the appeal after Trump announced that Andrew Puzder, a critic of minimum wage increases, is the new secretary of labor. “Therefore, if employers have not already implemented changes to exempt employee salaries or classifications in response to the DOL rule, they should continue to follow the California overtime exemption and employee classification laws,” she told the Monterey Herald.

Puzder argued that Obama’s rule to expand overtime for millions of workers “diminishes opportunities for workers, and that significant minimum wage increases would hurt small businesses and lead to job losses,” according to the New York Times. On the other hand, Puzder said he was “ not opposed to raising the minimum wage rationally; I’m opposed to raising it to the point where lower-skilled workers, working-class Americans, young people, minorities, are losing the jobs they need to get on the ladder of success.” Only time will tell if he will be have the workers’ interests first and foremost.

Posted by
David
on February 6, 2017
My response to Jessica Duval is blacklisting is a very serious federal wage and labor rights act violation. The first thing you do is put everything you complain about in writing, never vocal. With a vocal complaint you have no evidence to back you. When you perceive blacklisting take your written complaint signed and dated to the Department of Labor or to a labor employment discrimination attorney. An attorney can turn a federal case into a class action lawsuit against the company that will benefit all employees with the company. Also same action with misclassification as an independent contractor instead of employee. If you don't sign a contract stateing your status as an independent contractor then you are a W2 employee.
Posted by
Wayne withrow
on February 5, 2017
I worked at jim beam brands in cincinnati ohio for years and even though you clocked in and out. They would only pay you overtime if they felt you earned it. Fight it and you were fired. With the good pay and a family to support no one could fight it. They had people signing papers if they got mad they could fire you. If you cuss they could fire you. If you didnt greet them they could fire you. It was a union shop. UFCW who only cared about their monthly checks not people.
Posted by
Jessica Duval
on February 5, 2017
I work in an industry that is constantly trying to work around the law, experiential marketing. I reside in California where if you work over 8 hours in a day you should receive 1.5x pay and over12 hours 2x pay. We are also to be paid over time regardless of salary or hourly under most classifications. In my industry the agencies do an illegal work-around by misclassifying us as "Independent Contractors" and make us file as 1099 status. In 2016, I closed with 9 companies that paid me 1099, and only 6 that paid me W2 tax filings. Over half the agencies out there are breaking the law. These companies are hiring us in an employer-employee arrangement yet calling us independent contractors. So the company is not paying workers comp, unemployment insurance tax, social security tax, or medicare tax. They do not give us proper legal rest breaks and most will delay payments 30 to sometimes over 90 days! If you try to complain they just blacklist you and make it hard to book your next job. They try to hire younger people unaware and too afraid to stand up for their rights. The rights our grandparents fought hard for us to have. This is a huge industry of nearly half a million brand ambassadors getting mistreated daily. I work everyday to fight this abuse and illegal acts, but we are all young people working paycheck to paycheck with no help to break this terrible abuse of the law.