San Francisco's Municipal Transportation Agency Board of Directors has voted to approve to settle an overtime lawsuit with Muni operators for $8 million. The lawsuit had originally sought almost $400 million and alleged operators were not properly paid for time spent traveling between their clock-in sites and the sites they picked up their buses, or for taking part in inspections following their shifts. 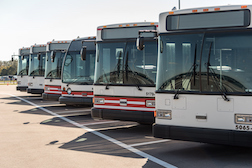 According to court documents, the San Francisco Municipal Transportation Agency (SFMTA) allegedly did not pay bus and train operators for time they should have been paid for traveling to and from the start and end points of their runs. For some operators, this travel time would have amounted to overtime.

At either the start or end of their shift, operators must travel between their vehicle and the endpoint of their run. Despite operators arguing that this time is compensable under the Fair Labor Standards Act (FLSA)—especially because route and scheduling decisions are made by the agency for its benefit—they allege the defendants have not paid them for this time.

Additionally, plaintiffs alleged they were not paid for time when routes were behind schedule.

More CALIFORNIA OVERTIME News
The lawsuit, which was filed in 2012, further alleged that the defendants failed to keep accurate records of the time the operators spent in travel time, making it impossible for the plaintiffs to give accurate travel time information in support of their lawsuit. In 2014 the lawsuit was certified as a class action but the city attorney later argued for decertification on the basis that expert testimony was faulty. A tentative settlement was reached before the trial moved on.

The SFMTA has denied liability or wrongdoing.