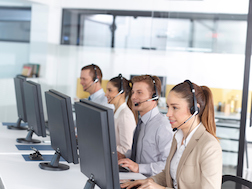 According to reports, in May 2016, Alorica agreed to settle a lawsuit filed by customer service representatives who alleged they should have been paid for time spent involved in work-related activities before and after their scheduled shifts. Alorica denied liability but agreed to settle the lawsuit for around $9.25 million. The two sides had reportedly tried to work with a mediator to resolve claims in 2013 but could not reach an agreement. After 21 months, they returned to negotiations and this time reached a successful settlement. On December 5, 2016, the court approved the settlement.

Alorica's primary headquarters are in Irvine, California, although the company operates call centers throughout the U.S. Those call centers provide customer service representatives for a number of companies, including AT&T.

More CALIFORNIA OVERTIME News
Among complaints were that customer service representatives were only paid for time logged into the company's computer systems, even if the employee were logged out for reasons beyond his or her control, such as an equipment failure. Furthermore, the lawsuit alleges employees were required to log out for breaks of less than 20 minutes, even though such a requirement is a violation of the FLSA.

"Rest periods of short duration, running from five minutes to about twenty minutes, are common in industry," court documents quote from the FLSA. "They promote the efficiency of the employee and are customarily paid for as working time. They must be counted as hours worked."

Plaintiffs allege that had they been paid properly for all hours worked they would have been eligible for overtime pay, given the uncompensated time they spent before and after their shifts.

As many as 120,000 people may be included in the settlement.

Posted by
Ma Su
on February 5, 2018
I left Alorica because they did not want to pay me for days I approved in EIS but was not paid for. One week I worked 6 8 hour days. I was told it would not be overtime, but still was not paid for that day. I need help
Posted by
another ex alorica employee
on February 11, 2017
Just received my $2.70 settlement from Alorica. If anyone wants half of a macchiato from Starbucks it's on me.
Posted by
ex alorica employee
on December 15, 2016
i worked for alorica for over 5 yrs,about 4 yrs of the 5 were during this lawsuits period,most of the 5+ yrs i was told to come to work early and bring my systems up on my time,we also had to read the days emails before we logged in,only gave us 10 min breaks and some times even less,2 10 min breaks and then either an hr or half hr for lunch,sometimes they made us log back in before our breaks were done,also many times they had people not take lunch break cuz they were busy on the phones.some time they would offer a free lunch if you didnt take break but not always,also at the end of the day even if you were still on a call or finishing up the call they would make us log out and finish the call. i loved most the managers but this was just wrong for them to make us work all that time without getting paid and i told them so but it didnt do any good until this lawsuit surfaced.