LAWSUITS NEWS & LEGAL INFORMATION
Home Page >> News Articles >> California Overtime –Too Much or None at..

California Overtime –Too Much or None at All

In a perfect world—including the state of California—all non-exempt hourly employees would get overtime pay for hours worked beyond 40 hours in any given work week. But some Southern California garment contractors have been found guilty of overtime violations and a San Francisco janitor earned $162,000 in overtime pay last year. 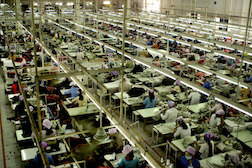 The U.S. Department of Labor Wage and Hour Division reported last week that, after conducting 77 investigations this year, 85 percent of Southern California garment contractors violated the California labor laws and were found guilty of wage theft. For instance, workers at EVE LA Inc were paid only $270 per week for 50 hour work weeks. Another garment contractor, Roger Garments in Montebello, Calif., which makes products for Macy’s, owed $93,000 in overtime and minimum wage back wages for 44 workers, according to Southern California Public Radio(SCPR).

Perhaps garment workers might want to consider a career change…

Through a Freedom of Information request, Transparency California discovered that some BART janitors earn more than $100,000 in base pay and one janitor last year made a whopping $276,000 that included overtime pay and benefits. A BART janitor’s base pay is $58,000 so that janitor took home about three times their salary in overtime pay alone.

The DOL investigation into the garment contractors resulted in $1.3 million in back wages for 865 workers. Most of those clothes were sold at bargain retailers such as Ross and TJ Maxx, but some items went to high-end stores like Nordstrom. Ruben J. Rosalez, regional administrator for the Department of Labor's Wage and Hour Division, told SCPR that, “After 29 years with this agency, it really saddens me that the industry has gotten worse, the underground economy has gotten worse, and sweatshops still exist in America.”