A putative class-action lawsuit has been filed in the state of California against a large IT enterprise following allegations that the defendant failed to provide its California-based hourly workers with uninterrupted, 30-minute meal periods as required under California employment law. The lawsuit, filed against Tata Consultancy Services Ltd., also carries implications surrounding the alleged unpaid overtime and the keeping of inconsistent records. 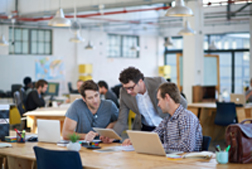 The IT world is rife with situations where IT consultants are called in to rescue a corporation, small business or even the individual when the valued computer platform(s) suddenly goes south. Downtime is critical, and usually panic ensues while the platform is not functional and the client is off line or otherwise, dead in the water. To that end, IT professionals often feel pressure from their employers, or their clients, to keep working until the bug is worked out, the problem fixed, and the enterprise back online and engaged.

However, California overtime laws do not account for such heroics or expectations. While a salaried IT professional is usually making a sufficiently high salary that precludes them from receiving overtime or regular meal periods, an hourly worker is protected under California overtime laws and federally under the Fair Labor Standards Act (FLSA). Overtime must be claimed and paid for any work performed beyond eight hours in any given workday or beyond 40 hours in any given work week.

What’s more, an uninterrupted meal period must be provided prior to the 5th hour of work. This is mandated in order to ensure that an employee is properly nourished and rested.

More CALIFORNIA OVERTIME News
Not only is such non-provision of meal and rest periods a violation of basic employee rights, but according to overtime pay laws, any missed meal breaks or rest periods are subject to interpretation that an employee is working through them, resulting in additional work hours for which overtime must be paid.

The unpaid overtime lawsuit asserts that Tata failed to keep employment wage statements and proper records, failing to “record and pay Plaintiff and other California Class Members for the actual amount of time these employees worked, including overtime worked.”

The proposed putative class-action overtime pay lawsuit was filed in the Superior Court of the State of California, in and for the County of San Diego. Lead plaintiff in the case is identified as Joshua Hall. The lawsuit is Case No. 37-2016-000016447-CU-OE-CTL.

The lawsuit was filed May 17 of this year.