Coach has agreed to pay $1.75 million to settle allegations it did not pay employees proper overtime compensation, including not compensating employees for time they spent waiting for bag checks after their shifts were over. Additionally, Coach was accused of not providing adequate meal and rest breaks. The lawsuit was initially filed by former employee Eve Miranda. 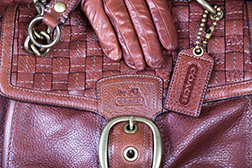 According to court documents, Miranda and other employees alleged they were forced to submit to bag checks anytime they left a Coach store, which cut into their unpaid meal and break time and kept them onsite after their shifts were over. Although initially the overtime complaint was dismissed, the plaintiffs amended it and the court allowed the lawsuit to move forward.

“Plaintiffs and all ‘Sales Associates’ were required to, first, clock out for the meal period, rest breaks and at the end of a shift, then locate a manager, request the manager conduct a ‘bag check,’ undergo the ‘bag check,’ and then be escorted out of the store by the manager,” the complaint alleged. All told, employees argued they could spend up to 30 minutes off the clock waiting for a bag check.

For employees who worked full-time, this extra time would have counted as overtime pay, not regular pay.

Coach had filed a motion to dismiss the lawsuit on the grounds that time spent waiting for bag checks was minimal, but a judge found that up to 30 minutes a day was “clearly significant.”

More CALIFORNIA OVERTIME News
Rather than face a lawsuit, Coach reportedly decided to settle the allegations. According to The Fashion Law (5/10/16), the lawsuit initially sought $7.25 million, but Coach settled for $1.75 million, although any other settlement terms are confidential. Approximately 7,300 other employees were included in the class.

Coach is not the first company to face lawsuits linked to bag and security checks. Apple also faced such a lawsuit, which was dismissed in 2015, with the judge finding the plaintiffs could choose not to bring bags to work, which would help them avoid a bag search. That lawsuit, however, alleged violations of the Fair Labor Standards Act. The Coach lawsuit alleged violations of California wage and hour laws.