While California may be known for chronic droughts and lack of rainfall, there appears to be no shortage of employers willing to shortchange their employees in an attempt to protect their bottom line. To that end, the prevalence of overtime pay lawsuits is as sure a thing as death and taxes… 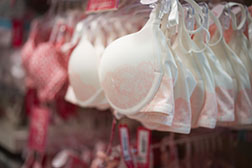 This time the defendant is identified as The Agent Provocateur, Inc. - and the unpaid overtime lawsuit is fresh, having been filed just last week in the Superior Court for the State of California, Los Angeles County. The lead plaintiff in the class-action lawsuit is Ana Sofia Yberri, who alleges on behalf of all those similarly affected that the defendant failed to take into account commissions when calculating overtime pay for non-exempt employees.

In so doing, any non-exempt employee working for the defendant in California is in danger of having been systematically underpaid, or so it is alleged.

Overtime pay laws dictate that hourly and non-exempt employees are due overtime pay at a rate of time plus one-half, for all hours worked beyond an upper threshold of 8 hours in any given day, and 40 hours in any given week, with the understanding that all paid meal and rest periods have also been provided and observed.

However, if rates of straight time are found to have been calculated incorrectly, then it suggests that overtime pay will also be in an error situation.

This is amongst the allegations set out in this overtime laws class action. Earned commissions, it is alleged, were not included in regular rates of pay, thus throwing overtime computation out of whack in violation of California overtime law.

What’s more, the overtime pay laws class action asserts that plaintiffs were prevented from taking meal breaks fully off-duty, as guaranteed and entrenched in the California Labor Code. In sum, the code provides that employees are required to take an uninterrupted meal break for nourishment not less than 30 minutes and taken prior to the conclusion of the employee’s fifth hour of work during a shift. In other words, the law provides that employees would never work for more than five hours straight without a half-hour for a meal - with that break identified as a paid break with no work performed while the meal break is in progress. It is designed as a true break for the employee, for the opportunity to take nourishment, rest and recharge for 30 minutes without having to focus on tasks at the same time.

More CALIFORNIA OVERTIME News
Plaintiffs in the proposed overtime laws class action assert that not only did rigorous work schedules prevent employees from taking their meal breaks as required, it is also alleged that the defendant failed to provide additional overtime pay for the tasks performed when the employees should have been otherwise resting and enjoying their meal, in accordance with California labor laws.

The class-action lawsuit also asserts the defendant failed to compensate non-exempt employees for various travel expenses incurred for deliveries and such, on behalf of the employer.

Agent Provocateur is a retailer of luxury lingerie and swimwear headquartered in the United Kingdom, with outlets in 13 countries including the state of California. The class-action lawsuit, which also alleges unfair competition, is Ana Sofia Yberri et al v. Agent Provocateur Inc., Case No. BC 620413, filed May 13, 2016 in Superior Court of the State of California, in and for the County of Los Angeles.