A settlement has been announced in the Uber lawsuit filed by drivers who alleged they were misclassified as independent contractors even though they were treated like employees. The settlement will not see the drivers reclassified as employees, meaning they still will not be eligible for overtime pay, sick leave or other benefits. A similar settlement involving Uber drivers was recently rejected by the judge in that lawsuit. 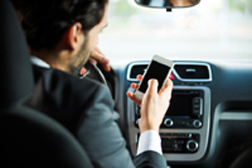 According to the Los Angeles Times (4/22/16), the settlement will see Uber pay $84 million to settle two federal class-action lawsuits - one in California and one in Massachusetts. The amount paid will rise to $100 million depending on Uber’s valuation when it goes public. This means drivers will receive one-time payments of up to around $8,000.

More CALIFORNIA OVERTIME News
But the drivers will not be reclassified as employees, meaning they will still be responsible for gas, insurance and vehicle maintenance. Uber will still set fares and take its own fees from those fares. Drivers also will not be eligible for overtime wages or labor protections. But, Uber will not be able to fire drivers at will - it will have to give drivers a chance to rectify problems and show sufficient cause before deactivating drivers. Uber will set up an appeals process to allow drivers to contest their deactivation. Drivers will also be allowed to solicit tips from riders.

Lyft, Uber’s competition, recently proposed a settlement in a similar lawsuit with its drivers, but that settlement was rejected by the judge. In April, Federal Judge Vince Chhabria ruled the $12.25 million settlement was too small to be reasonable. Similar to the Uber settlement, the Lyft settlement did not reclassify drivers as employees, leading the Teamsters union to object to the appeal. Chhabria, however, did not take issue to driver classification.