An overtime pay laws class action was recently launched in the state of California alleging that a bottler of popular soft drinks incorrectly classified its Quality Supervisors as exempt from qualifying for overtime pay. It is also alleged that meal and rest periods, mandated under California labor law, were not provided. 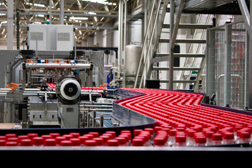 Lead plaintiff in the case is Ronald Robinson, while the defendants are Dr. Pepper/Seven Up, Inc. and The American Bottling Company.

Allegations put forward in the unpaid overtime lawsuit include the frequent undertaking of menial tasks that would be considered beneath the station of a Quality Supervisor, a position as such thought to be a management position and thus exempt from overtime pay. However, it is alleged the plaintiff has little opportunity to perform tasks that would be considered appropriate activity for an exempt, supervisory or management role.

To that end, the California overtime lawsuit alleges the plaintiff undertook tasks that included, but may not have been limited to, entering daily inventory transactions, reviewing inventory counts on a daily basis, providing feedback of transaction errors to Defendant’s managers, tracking daily production schedules, reporting material shortages, conducting physical inventory counts, compiling requests for materials, and inspecting non-conforming product and raw materials in accordance with the employer’s company-wide policies.

Thus, the lawsuit holds that individuals having attained the title of Quality Supervisor should qualify for overtime pay under overtime pay laws observed by the State of California, given that in the plaintiff’s view the employees were “managers in name only” resulting from the frequency and degree of non-exempt tasks.

More CALIFORNIA OVERTIME News
Many employers have made attempts to skirt around overtime exemption laws by promoting employees to so-called management positions, while the majority of tasks performed by the newly appointed managers differ little from tasks routinely performed by hourly workers.

It is also mandated under California law that employees are provided with paid rest breaks and a meal period. If the rest breaks and meal period are not available to the employee and, as a result, an employee is required to work through the legally mandated breaks, then overtime pay should be provided for the extra work performed beyond eight hours in a given workday or 40 hours in a given week.

The overtime laws class action is Ronald Robinson et al v. Dr. Pepper/Seven Up, Inc. and The American Bottling Company Corp., Case No. CIVDS1602307, filed February 16 of this year in the Superior Court for the State of California.