The federal judge in a California employment lawsuit said in March that the settlement isn’t high enough to adequately compensate plaintiffs. The California lawsuit, which was filed by Lyft drivers against the ride-sharing company, alleged drivers were employees and not independent contractors, meaning they should have been paid for overtime, reimbursed for expenses and received other employee benefits. In January, Lyft agreed to settle the lawsuit for $12.25 million, but on reviewing the settlement, Judge Vince Chhabria said the $12.25 million was not enough. 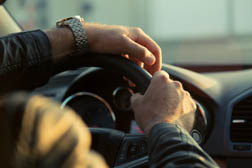 According to reports, the $12.25 million settlement was based on Lyft’s own driver data. That data put the potential claim for reimbursement at $64 million, which was negotiated down to $12.25 million for the settlement. The reimbursement amount would have been owed to the drivers if they were employees, but because they were independent contractors, they did not receive expense reimbursement for costs such as gas and car maintenance. Based on the settlement amount, each driver would receive an amount less than $60 once attorneys’ fees and expenses were factored in, according to Bloomberg (3/24/16). Drivers would also receive non-monetary benefits, such as a clause in the contract preventing Lyft from unilaterally ending relationships with drivers.

But new data on Lyft’s drivers through February 2016 increased the potential reimbursement to $126 million, double what had initially been determined. Judge Chhabria questioned why the settlement amount wasn’t based on the larger reimbursement figure. So far, he has not yet ruled on the legitimacy of the settlement, but has questioned whether it is fair for the drivers.

“And so I wonder if you’re now in a position of having to explain why a settlement of $12 million, 30 percent of which you propose to go to the lawyers, is a reasonable settlement,” Judge Chhabria said (as quoted in the San Jose Mercury News; 3/25/16), “given the true maximum value of the lawsuit, which is somewhere in the neighborhood of $170 million.”

More CALIFORNIA OVERTIME News
The Teamsters union also got involved, arguing that the settlement should be rejected because it keeps the drivers as contractors rather than reclassifying them as employees. Unlike independent contractors, employees are eligible for a variety of benefits and protections, including overtime pay, vacation and sick days, and expense reimbursement.

The settlement decision will be watched closely by Uber Technologies, which faces similar allegations to Lyft regarding driver misclassification. Lyft has said it believes the settlement is fair.