California Overtime $1.5 Million Settlement Up for Final Approval in April

It was in December of last year that an overtime pay laws class action was quietly granted preliminary approval for a $1.5 million settlement. Plaintiffs in the action are looking forward to April 12, the date during which arguments for final approval will be heard. 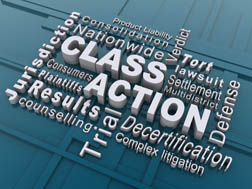 The defendant in the overtime pay lawsuit in California is Restoration Hardware Inc. According to court documents, two plaintiffs filed two separate lawsuits against the company claiming various allegations common to such lawsuits: failure to pay overtime for all hours worked, failure to provide meal breaks and rest periods as mandated under California law, and failure to reimburse workers for business expenses.

There was no information as to what those business expenses might have been. However, Restoration Hardware is identified as a collection of retail and outlet stores. Class members are estimated to be about 2,200 in number and include all current and former employees of the chain in nonexempt positions between June 4, 2009 up to and including the date of the settlement, once final approval is granted.

Lead plaintiffs in the California overtime law class action are identified as Christina Chavira and Jennifer Ailey. The two women filed separate lawsuits in 2013 and 2014, respectively. According to provisions in the proposed settlement, both will receive $10,000 over and above monies due them as class participants.

Two other class participants, identified as Austin Cliche and Karl Diener, will be due an enhancement of $5,000 each for their respective roles in the unpaid overtime class-action lawsuit.

More CALIFORNIA OVERTIME News
As part of the proposed settlement, Restoration Hardware admits no wrongdoing, and maintains that all allegations brought by the lawsuit are untrue.

“The parties enter into this settlement to resolve the dispute that has arisen between them and to avoid the burden, expense and risk of continued litigation,” the settlement states. “In entering into this settlement, defendant does not admit and specifically denies, that it violated any federal, state or local law…with respect to our employees.”

The case is Restoration Hardware Wage and Hour Cases, case number JCCP4794, in the Superior Court of the State of California for the County of Los Angeles.