An overtime pay lawsuit that originated in California has gone all the way to the US Supreme Court and could pave the way for the entitlement of retail automotive service advisors to overtime pay. 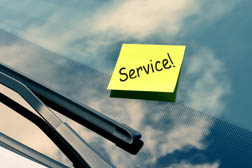 It’s been a long journey, however, with both sides in the dispute digging in their heels.

Plaintiffs initially brought their unpaid overtime lawsuit against Encino Motorcars LLC in September 2012, arguing that their job descriptions and job function qualify them for overtime pay. Service advisors are employees of the dealership whose function is to greet customers and clients of the dealership, help to determine what service and/or repairs a vehicle requires and suggest additional work that’s not immediately needed - an upsell, if you will.

The plaintiffs view their functions primarily as those of an employee, and thus should qualify for overtime pay under California overtime law. The dealership, on the other hand, sees the service advisor as primarily a salesperson who also takes part in the servicing of vehicles and, thus, is exempt from overtime under provisions observed by the Fair Labor Standards Act (FLSA).

According to court documents, the original lawsuit was thrown out in January 2013 but revived by the Ninth Circuit in March of last year. The Ninth Circuit sided with the plaintiffs, ruling that service advisors working for the dealership were primarily employees of the dealership with a minimum of their time spent in a sales capacity and, thus, qualified for overtime pay under overtime pay laws observed by the state of California and the FLSA.

Not satisfied with that ruling, Encino Motorcars appealed the case to the US Supreme Court. Among other arguments in a brief filed on December 22, the defendant held that the plaintiff’s support and defense of the Ninth Circuit ruling fails on the basis of similar rulings by “every other court” having correctly identified service advisors as a “paradigmatic example” of a salesperson who also takes part in the servicing of vehicles.

The plaintiffs, on the other hand, hold that they should not be put into the same category as salespeople or mechanics - neither qualifying for overtime pay under FLSA rules - based on the particular function of greeting clients, liaising with the service department and attempting to upsell repair services.

More CALIFORNIA OVERTIME News
It should be noted that the US Supreme Court has yet to accept the case - rather, arguments have been flying as to whether or not it should. The defendant, Encino Motorcars, is of the view that the US Supreme Court would be wise to consider the case as the Ninth Circuit Ruling “dramatically upsets that once-settled body of precedent and [the Supreme Court’s] intervention is warranted to restore uniformity to this important area of the law. If the decision is left undisturbed, there will be no shortage of lawsuits seeking windfall recoveries,” the dealership said in its brief filed in mid-December.

The National Automobile Dealers Association and various other dealership associations in nine states have also thrown their support behind Encino Motorcars.

The plaintiffs, however, are standing by their position that the Ninth Circuit got it right and that any ruling on the part of the Supreme Court would have a “limited effect” on the overall landscape, given that the issue is of paltry significance on a national scale and thus is not worthy of consideration by such an august body such as the US Supreme Court.

The case is Encino Motorcars LLC v. Navarro et al., Case Number 15-415, in the Supreme Court of the United States.