In a perhaps telling commentary on just how much overtime pay laws needed to be updated for cheerleaders in the state, California Governor Jerry Brown wasted little time in signing into law new legislation that protects the state’s cheerleaders, and recognizes the professional members among them as proper employees. 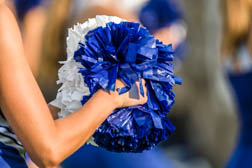 This means that professional cheerleaders, beginning in 2016, will be entitled to minimum wage and overtime pay.

Various lawsuits have been filed by cheerleaders against their employers - professional sports teams among them - for various offenses pertaining to withholding of pay and long hours that dropped effective wages to well below minimum wage. Specifically, cheerleaders for the Oakland Raiders alleged in an unpaid overtime lawsuit that their effective rate of pay worked out to less than five dollars per hour with no pay for rehearsals and public appearances. There have also been allegations over expenses, and the aforementioned lack of overtime pay for hours worked beyond the normally observed parameters to which overtime pay would qualify.

According to The Associated Press (AP 7/15/15), AB202 requires that professional sports teams classify cheerleaders as employees, rather than independent contractors. The change in California overtime law provides for various protections and provisions already enjoyed by other team staff, including overtime pay and sick leave, amongst other basic benefits.

Many a cheerleader has complained about long hours and unpaid overtime, with several launching highly publicized lawsuits. The new update to overtime pay laws was brought forward in response to a lawsuit filed by cheerleaders serving as Oakland Raiderettes alleging wage theft. California state Assemblywoman Lorena Gonzalez introduced AB202. At one time a cheerleader at Stanford University, Gonzalez said in published comments that many professional cheerleaders are treated like glorified volunteers.


“We would never tolerate shortchanging of women workers at any other workplace. An NFL game should be no different,” Gonzalez said in a statement published by AP.

The overtime pay lawsuit filed by the Raiderettes not only galvanized public opinion amongst sports fans in the state of California, but also resulted in an award worth $1.25 million for dozens of Raiderettes who worked under contract for the Raiders from 2010 through 2013. A similar lawsuit was filed by cheerleaders employed by the Tampa Bay Buccaneers.

More CALIFORNIA OVERTIME News
The change to California overtime law is so far unique, but there is a move afoot to pass similar legislation in other parts of the country. At the moment the state of New York is considering a similar law.

The National Football League (NFL) in a statement noted that all teams are required to adhere to the employment laws of their respective jurisdictions.