Lawmaker: Cheerleaders Should Be Given Overtime Pay 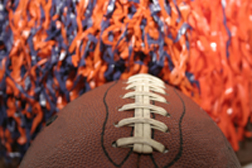 The bill was written by Assemblywoman Lorena Gonzalez, and requires professional sports teams including the NFL to treat cheerleading squads as employees, rather than as independent contractors.

Lawsuits filed against a variety of NFL teams, including the Oakland Raiders and Buffalo Bills, allege cheerleaders are improperly classified as independent contractors, and because of that misclassification are not paid minimum wage or overtime, and are not given proper meal and rest breaks. Additionally, they are often forced to spend their own money and do “volunteer” work for the benefit of the team.


“NFL teams and their billionaire owners have used professional cheerleaders as part of the game day experience for decades,” said Gonzalez.
“They have capitalized on their talents without providing even the most basic workplace protections like minimum wage. If the guy selling you the beer deserves a minimum wage, so does the woman entertaining you on the field.”

The bill would require professional sports teams to give cheerleaders the same rights and benefits other employees enjoy.

More CALIFORNIA OVERTIME News
To be classified as independent contractors, cheerleaders would have to have a great deal of discretion and authority over their work and how they carry it out. Independent contractors, for example, are often able to choose their own clothing and manner of completing a task. They typically own their own tools and set their own hours. They may have a say in how much they are paid (or be able to negotiate their pay) or at the very least invoice for work provided.

Employees have their job duties and functions dictated by others. According to lawsuits, cheerleaders are told when they must arrive at a field, when they must practice, what to wear, how long to stay on-site - even if they are not performing that day - and what extra events they must attend. Others dictate their appearance, performance and activities. Yet, they are often classified as independent contractors and offered very low pay - according to one lawsuit, less than $5 an hour, while others were allegedly not paid at all.

Representatives for some cheerleaders told The Associated Press (7/1/15) that while the legislation is nice, existing law already requires cheerleaders be properly paid.