A former employee of IT juggernaut Wipro is taking his former employer to task for allegedly misclassifying him as exempt from overtime, even though overtime pay laws suggest he should have been paid overtime for additional hours worked, or so it is alleged. Plaintiff Suri Payala’s overtime pay lawsuit is proposed as a class action, on behalf of other citizens of foreign countries who may have traveled to the US under L-1B visas processed by Wipro but were not apprised of their rights under California wage and hour laws, or so it is alleged. 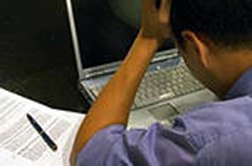 Payala is an Indian National. According to The Financial Express (5/16/14), the plaintiff was employed by Wipro as a computer tech with a title of “architect” for the first six months of 2014. Outsourced by Wipro to DirecTV in California, Payala performed various tasks for DirecTV on behalf of Wipro.

Payala, in his unpaid overtime class action, notes that he was not paid for overtime hours or travel time even though he was paid less than $7,000 per month for his services, or under the $84,130 salary threshold considered exempt for overtime pay.

“Wipro intentionally misclassifies employees who provide computer support, troubleshooting, testing related to repairs and technical services as exempt from overtime pay,” the overtime pay lawsuit asserts. “However, according to California statutes, such employees are not exempt if they earn less than an annual salary of $84,130 as of January 2014.”

More CALIFORNIA OVERTIME News
The kind of work performed by computer technicians includes basic computer support, troubleshooting, tech services and testing related to repairs. Payala’s overtime laws class action seeks to represent any employee who may have performed the aforementioned services and tasks on behalf of Wipro within a four-year period prior to March 30, 2015 and who may have received compensation at an amount less than $7,000 per month - or just below the threshold that would be considered properly exempt from overtime pay according to overtime pay laws observed under California statutes.

“Wipro’s business model is extremely profitable, in no small part because it does not pay its employees overtime for work in excess of 40 hours per week as required by the California law,” the lawsuit states.

The lawsuit also accuses Wipro of failing to pay all wages due upon separation, as well as overtime pay and other violations against the California Unfair Competition Act.

The overtime pay class action was filed March 30 in the Superior Court of California, County of Los Angeles.