Walmart faces a California overtime lawsuit alleging the company purposely gave assistant store managers the duties of lower-level employees to get around overtime pay laws. The lawsuit alleges the workers were classified as managers to avoid paying overtime, but they did not have any managerial duties or authority. 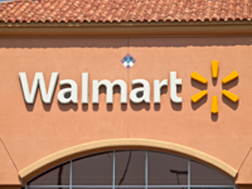 According to East Bay Express (4/9/15), the lawsuit was filed by Bonnie Cardoza, who alleges she worked as an assistant manager at Walmart for five years. Instead of having managerial tasks, however, she spent much of her time performing duties such as taking inventory, watching the self-checkout area and greeting customers. And although she was performing lower-level duties, because she was classified as managerial, she was not given overtime pay.

Although there are managerial exemptions from overtime pay, those exemptions are based on the person’s job duties and not on their job title. If a person has a managerial title but exercises no authority or discretion on the job and regularly performs the duties of an hourly employee, that worker is eligible for overtime pay. To qualify for the administrative exemption, the employee’s regular duties must pass tests that include having discretion or authority over their job.

More CALIFORNIA OVERTIME News
Walmart has been accused of wage violations before. In 2014, the company was ordered to pay more than $150 million to settle a lawsuit by current and former workers who accused the company of forcing them to work off-the-clock during their breaks. According to Inquirer (12/17/14), in December 2014, the Pennsylvania Supreme Court upheld lower court rulings finding Walmart owed its workers money for being forced to skip breaks.

Approximately 187,000 employees were affected by the settlement. The lawsuit was originally filed in 2002 and alleged employees were forced to work through meal and rest breaks. A lower court found Walmart did not violate meal break laws, but did improperly deny employees pay when they worked during their breaks. In addition to the $151 million in wages and damages, Walmart was ordered to pay $33.8 million in attorney’s fees.

Walmart has said it stands by its timekeeping systems.

Posted by
Michael
on June 14, 2015
Well that was going on When I returned from Iraq with injury's had to work at this clip joint that violates federal labor law.I told attorney General about having clear proof as to harassment clear as day in all my write-ups.Manager's having sex store Manager's having non salaried drinking buddy's.Promotion's to co-Manager's practically over-night.I was off on X-Mas and being a big deal as night shift is never off Christmas unless it's their scheduled day off along with several others told we had to come in and work and when we had to kill it that week.I told O.S.H.A. about safety violation's like one small one as a 120Lbs. man and that's soak and wet 5'3 oh 63 year's old going around getting pallet's off the floor alone and staking 15 high dry or wet who care's as long as it's not me attitude of others like legalized slavery with no color.As long as we have job's for the trash of America bleeding the Tax-payer.These same people who are mother',Father,sister,s to someone.But hey the hell with them (Where trash as I served in Desert Storm &O.I.F..I come home have no labor right's they can harass and bully us.Steal from me and my right's are on the book's I served to make this a nation free from oppression and slavery to become a legal slave to Walmart.I had store manager's leave my store looking as a flea market as he and his drinking Buddie's moved on to bigger and better.As a stock holder?I have had enough as I never been on federal aid.But well as I had the open door slammed in my face only to have 3 bogus write-ups and if read would be clear to even a moron that each Harassment.Thank you for welcoming home the hero's to having no right's but let's all make sure illegal immigrant's and gay marriage come before mine.Thank you Oklahoma ,Ronnie,Donna and H.R. that I kept e-mail's to every and all Walmart's H.R.,All state agency's no reply as am just poor trash and de3erve this.No am a Combat vet,homeowner,a son as well as a father.I matter! State Attorney General of Oklahoma get our stolen over-time money.I can back my complaint's with document's and a phone showing text &picture's on all harassment and safety violation's.But well they fed them safety cake and spoke of team lift.And business as usual that night.O.S.H.A. hell state allows law to be broken for job's.Job's before people!!