A putative class action lawsuit alleging violations to overtime pay laws in California, as well as claims of missed meal breaks and violations to minimum wage statutes, has been filed in California state court. The defendant has been identified as Sarku Japan, its franchises and affiliates. 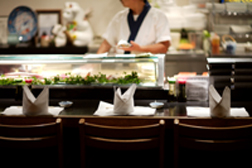 The plaintiff in the unpaid overtime lawsuit is Albin Juan Carlos Rivera Nunez, a former employee of the teriyaki and sushi chain who hopes to represent all current and former employees of Sarku Japan, as well as Sar California Holdco Inc., Sar Figueroa Food Inc. and other franchised locations. According to the complaint, filed in Los Angeles Superior Court, “the action involves common questions of law and fact to the potential class because the action focuses on defendants’ systematic course of illegal payroll practices and policies.”

Sarku Japan is a chain of what is described as “quick-service” outlets with locations across the US. Nunez, who lives in California, alleges in his California overtime law class action that the defendants in the case incorrectly calculated overtime pay, as well as miscalculating meal and rest periods.

The lawsuit holds that there are other violations to fair pay and overtime pay statutes, including California Labor Code, the Industrial Wage Commission wage order and the California Business and Professions Code going back some four years, or so it is alleged. “As a direct and proximate result of the unlawful actions of defendants, plaintiff and class members have suffered, and continue to suffer, from loss of earnings in amounts as yet unascertained, but subject to proof at trial, and within the jurisdiction of this court.”

The complaint alleges defendants failed to pay workers timely wages or all wages due once they quit or were terminated, failed to indemnify employees for expenditures incurred as part of their duties, and forced employees to work off the clock.

The case is Nunez v. Sar California Holdco Inc. et al., Case No. BC575506, in the Superior Court of California, County of Los Angeles. In a separate action that has overtime pays laws overtones, the owners of two California bakeries have been hit with a $1 million labor trafficking suit by 11 Filipino workers who allege the defendants lured them to the US under false pretenses.

The plaintiffs assert they expected to be filling jobs as skilled chefs and managers at L’Amande French Bakery, a cafe and pastry shop with locations in Beverly Hills and Torrance.

More CALIFORNIA OVERTIME News
Instead, or so it is alleged, the workers were reduced to performing menial tasks for the owners before the bakeries opened for the day, such as laundry and construction work. It is alleged they made barely two dollars per hour doing such tasks, which is alleged to be in direct violation of California labor laws. It is also alleged they later worked during the day in the bakeries, toiling for up to 13 hours at a time for less than minimum wage, and without overtime pay, an alleged violation of California overtime law. Plaintiffs allege there were often no meal or rest breaks provided.

The plaintiffs allege violations of the Trafficking Victims Protection Act, Racketeer Influenced and Corrupt Organizations Act, Civil Rights Act and state labor laws, among others. In their unpaid overtime and trafficking lawsuit, the plaintiffs are seeking backpay and damages not less than $1 million.

The case is Alabado et al. v. French Concepts Inc. et al., Case No. BC576048, in the Superior Court of the State of California, County of Los Angeles, Central District.