Overtime pay laws concerning when employees should be given overtime pay are not nearly as straightforward as they may seem. In addition to exemptions given to certain employees, there are also various situations in which an employee may be deemed to be on duty or not on duty at the same time. While cases where an employee is on a worksite carrying out employment-related activities may be clear-cut, there are cases where employees are expected to be on call, including time spent sleeping. A lawsuit filed against a security company highlights these situations, with the California Supreme Court finding in favor of the security guards. 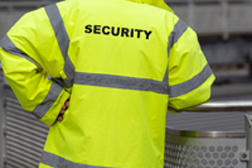 While on call, the guards were required to be in a trailer provided by the employer. They could keep personal items in the trailers and use the trailers as they saw fit, but were not permitted to have children, pets or alcohol on the premises. Furthermore, guards who were on call had to notify a dispatcher if they wanted to leave, and let the dispatcher know where they were going and how long they would be gone. If there was no one to relieve the guard, the guard could not leave, even in cases of personal emergency. Even if there was someone to relieve them, they could still be recalled and could not leave the site for more than 30 minutes.

“[Guards] were paid hourly for time spent patrolling the worksite. They received no compensation (italics in original) for on-call time unless (1) an alarm or other circumstances required that they conduct an investigation or (2) they waited for, or had been denied, a reliever,” judges noted in their ruling.

More CALIFORNIA OVERTIME News
The California Supreme Court judges found that on-call hours should have been compensated, including “sleep time.” They found that the guards were required to “reside” in trailers on-site and spend on-call hours at the worksite. Further, they had to respond in uniform immediately if they became aware of suspicious activity and they could not easily trade their on-call responsibilities.

Perhaps most importantly, however, the California Supreme Court affirmed the Court of Appeal determination that the guards’ time spent on call was done for the benefit of CPS. “Even when not actively responding to disturbances, guards’ ‘mere presence’ [on the site] was integral to CPS’s business,” the judges found.

As a result, the California Supreme Court affirmed the Court of Appeal’s determination that on-call time constituted hours worked and also ordered CPS to include sleep time as paid time in the 24-hour shifts.