NLRB Decision on FedEx Home Delivery Drivers Could Be Far-Reaching

It’s one thing when a small business operator decides to opt for cost savings on the backs of his or her employees by misclassifying them as independent contractors and thus, robbing them of any opportunity for overtime pay. It’s quite another when a major employer with global reach allegedly attempts the same thing. 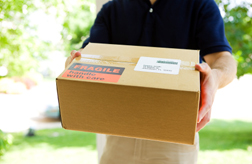 In a recent case against shipping giant FedEx Home Delivery (FHD) related to employees in Hartford, Connecticut, the National Labor Relations Board (NLRB) ruled that drivers employed by the firm are indeed employees and not independent contractors. As such, they should be in line for overtime pay and other benefits of employment.

The NLRB took pains to point out that their decision, brought September 30, was case-specific and that other cases would be addressed individually. However, with thousands of drivers serving hundreds of terminals across the country - including California - the NLRB ruling could have wide-reaching implications.

According to documents related to the decision, some 20 drivers who serve the company’s Hartford terminal were signed to limiting contracts that gave them no real jurisdiction as contractors or entrepreneurs, even though the FedEx Standard Contractor Operating Agreement held that drivers were serving the company “strictly as an independent contractor, and not as an employee of FHD for any purpose.”

And yet, though the contract typified drivers as independent contractors, there was very little in the way of independence, according to the Board’s ruling. Only two areas were available for limited negotiation: assigned routes and supplementary payment for drivers who serviced routes reflecting a lower customer density and package volume.

That’s it. The foregoing was described as the only areas where drivers possessed any degree of influence. Everything else was at the behest of FHD. The Internal Revenue Service (IRS) holds that an employee cannot be viewed as an independent contractor if the employee performs work that is or can be controlled by an employer.

If that’s the case, then the individual performing the work is properly classed as an employee, and not an independent contractor. As such, given the lack of entrepreneurial opportunities for the drivers, together with insufficient evidence to show the drivers involved ran a business, the NLRB ruled in favor of the drivers and the union representing them that said drivers are actual employees, and not independent contractors.

“If a company offers its workers entrepreneurial opportunities that they cannot realistically take, then that does not add any weight to the company’s claim that the workers are independent contractors.” C.C. Eastern, Inc. v. NLRB, 60 F.3d 855 (D.C. Cir. 1995).

More CALIFORNIA OVERTIME News
As the foregoing suggests, the contract provided opportunities for drivers, such as route sales. However, in the Board’s view there was insufficient opportunity for a typical driver to take advantage of this. According to various reports, drivers under contract with FHD were committed from 6 am to 8 pm, Tuesday through Saturday. Drivers were not allowed to work for any other company, and they were not allowed to use FHD vehicles for any purpose other than the delivery of FHD packages.

With FedEx and FHD having so much control over practically every aspect of the delivery process, the NLRB concluded that all relevant factors taken together “weighed heavily in favor of employee status.”

Even though the decision involved just 20 drivers at one terminal, the NLRB decision could have much larger implications. The FHD network encompasses more than 500 terminals across the country, and 4,000 drivers who may be poised to raise similar concerns.

Is there a class-action unpaid overtime lawsuit on the horizon? Time will tell…