LAWSUITS NEWS & LEGAL INFORMATION
Home Page >> News Articles >> To Be or Not to Be Exempt: That is the Q..

To Be or Not to Be Exempt: That is the Question

Should sales representatives be exempt from California overtime? Former IBM employee Tom Chau thinks not. From 200 to 2004, he sold software and hardware for the giant computer maker and routinely worked more than eight hours per day and more than 40 hours per week. Because he was classified as exempt, Chau didn't receive any overtime compensation. 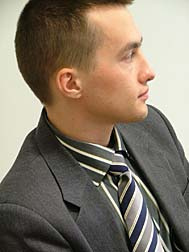 But in a class action lawsuit filed in U.S. District Court for Northern California, Chau claims he was misclassified; a sales representative is not a manager and he did not perform managerial tasks.

As well, Chau and others claim they were denied legally required meals and rest breaks. "Accordingly, the class members are entitled to one additional hour of pay for each violation," Chau stated in his complaint.

So far, the number of class members total about 100, but there could be more; IBM employs approximately 800 sales reps in California that have been classified as exempt.IBM can potentially be liable for more than $5 million in back wages.

In a separate case, Michael Eicher filed a complaint against his employer, Advanced Business Integrators (ABI) for unpaid overtime wages. Eicher was classified as exempt by his employer but spent most of his time training customers on software and troubleshooting for customers. A California Court of Appeal ruled that "an exempt worker must spend half his work time performing work directly related to the management policies or general business operations of ABI or its customers".

As a result, Eicher didn't qualify as an exempt worker and he won $46,617 in back overtime, plus interest and attorney's fees.

More News
Many employers don't keep track of hours worked by their exempt employees. For example, exempt workers often work outside the place of business or work extra hours at home. Without records, employers would not have recourse to dispute an employee's claims of number of hours worked.

Misclassified employees can potentially be awarded in back pay overtime, as in the case of Eicher, and employers might also be on the hook for court costs.

Employers would be wise to review job descriptions of those employees they have classified as exempt. If they are not performing managerial duties for more than half their work time, they may not be exempt.

Both employees and employers should consider legal advice. If you are think you are a misclassified employee, you may want to seek legal action.