Five Common Myths in the Workplace—from a Legal Viewpoint

According to Randall Crane, an employment attorney at the Law Offices of Randall Crane, many workers overestimate the protections offered by the workplace. Here are five common myths in the workplace, and tips on whether or not your employer may have violated the California labor law, including California overtime law. 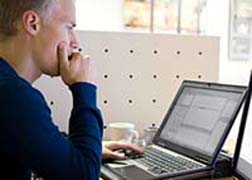 Twenty years ago, the workplace was simple from a legal point of view. The ordinary worker had the right to be paid and the right to workers' compensation if injured. If fired, for good reason or not, the employee had no remedy—except to look for another job. Then the pendulum swung and new laws and attitudes slowly changed the workplace.

"First, laws about discrimination and retaliation started to be enforced," says Crane. "Then wage laws about minimum wage, overtime and meal breaks, which had actually been around for decades, were taken seriously by government agencies and plaintiffs lawyers. The development of class actions became a powerful tool for combining many small claims—too small for individual lawsuits—into large actions that employers had to take seriously."

But pendulums also swing back. There are now effective laws against violation of protected rights such as racial and religious discrimination, and class actions continue to be a remedy for employer misconduct. However, class actions are getting harder because the courts are more demanding on issues—whether situations, including overtime claims, are really applicable to a class action or whether arbitration can be enforced.

Crane says that even with these laws in place, many workers believe, mistakenly, that they now have additional special protections in the workplace, and the misunderstandings can be disastrous. Here are five examples:

Myth 1: Freedom of Speech in the Workplace

"We are used to speaking freely in our public and private lives, on the Internet and over the telephone, but in the workplace such rights are more limited," says Crane. "Conduct and language, which would be fine on the sidewalk, may not be appropriate in the workplace. An employee can be terminated for loud, crude, obnoxious comments or conduct, even if exchanged just between co-workers."

Employee Lesson: Don't gossip; stick to your job; watch what you say and how you say it. Think carefully before "telling off" the boss.

Telephone taps and hacking e-mail are felonies outside the workplace, but Crane says that an employee using an employer's telephones, fax lines, e-mail or even cell phones provided by the employer has reduced the right to privacy. "An employer can't take videos of a worker in the restroom, but video cameras, even if concealed, are generally permitted almost anywhere else," says Crane.

Employee Lesson: Watch what you do in the workplace and avoid actions that appear suspicious or obstructive.

The term "Wrongful Termination" has entered the popular vocabulary and taken on a meaning of its own. Many employees think it means that if they are in the right about a particular dispute then they cannot be terminated. "Not necessarily so," says Crane. "Wrongful termination generally means a firing which violates a protected right or public policy. Termination of an employee who converts to an unpopular religion is wrongful termination. So is termination based upon race, national origin or other protected rights. But just because an employer is 'mistaken' about an issue, that does not necessarily make a termination wrongful."

Myth 4: Treatment has to be "Equal"

Crane says that "Disparate treatment" of employees that discriminates against protected rights, such as race or religion, is illegal. But employees' beliefs that they are not equally treated on other matters (e.g., who has the "better" office, who gets the newest computer) are not protected by the law unless the employer's motive is to discriminate against a protected right.

Employee Lesson: Focus on the benefits of the job to you, not the benefits received by others. But don't be afraid to advocate for yourself, especially when it's time to discuss a raise!

Myth 5: Employers have to be Polite and Considerate

More CALIFORNIA OVERTIME News
It is poor business practice for an employer to be rude, demeaning, unprofessional or harsh to an employee, but it is not necessarily illegal unless there is a concealed motive to violate a protected right. "Certainly it is a technique of employers to be unpleasant to employees if the employer wants the worker to quit in frustration, since this may avoid having to pay unemployment benefits," Crane explains. "An employee who is being 'harassed' in this way, without being able to point to a specific violation of a protected right, should politely and factually respond in writing, pointing out how the treatment is undeserved."

Employee Lesson: Try to work around occasional incidents of rudeness from supervisors or co-workers. If the conduct interferes with your work, or appears to be discriminatory, document it and bring it to the attention of management.

"Employees have protections in the workplace that were not available in the past," adds Crane, "but an employee should not feel that there are iron-clad special protections which will excuse misconduct on the employee's part. An employee should look at situations objectively, document serious problems and bring them to attention of management in a professional manner."