Plaintiff in Overtime Pay Dispute with Nike Sticks to Her Guns

The lead plaintive in a representative Private Attorney General Act (PAGA) claim against Nike is having none of the defendant’s argument that individualized misclassification inquiries would be unmanageable. Plaintiff Payal Patel maintains in her overtime pay complaint that the burden of proof associated with breaking out the specific details of other assistant managers resides with Nike, and if the retailer failed to keep diligent records, that’s not her problem. 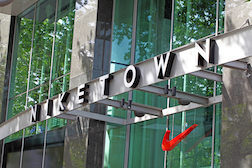 Patel brought her unpaid overtime lawsuit in California, where she was employed at one time as an assistant store manager at a Nike retail outlet – a position identified as ‘assistant coach’ in Nike parlance. Patel claimed that based on her duties, she was incorrectly classified as exempt from receiving overtime pay, in accordance with California overtime law.

According to Court documents Patel originally sought to represent a class of Nike workers sharing her job title in the state of California. However the judge in the case, US District Judge Richard Seeborg, denied the plaintiff’s bid for class certification in March of last year, citing a lack of common proof amongst the proposed class members.

In response, Patel revised her unpaid overtime lawsuit and brought it as a claim under PAGA.

Nike, in turn saw what appeared to be an opportunity, and last October asked the judge to strike any representative claims under PAGA. Nike’s position, in part was that the task of conducting individual inquiries on behalf of aggrieved employees was unmanageable.

However, two months later in December of 2016 Judge Seeborg denied Nike’s bid, noting that manageability could not be determined until the process of discovery ran its course and revealed just how many employees would qualify as having a representative claim under PAGA.

The judge also ruled, without prejudice that the previous denial of class certification did not automatically eliminate the claims.

According to Court documents discovery was conducted over the spring and summer of this year, with the defendant having determined that in reality 101 aggrieved employees were found to have a representative claim under PAGA. In view of the updated number, Nike stood firm on its earlier stance and filed a renewed motion to strike on August 24.

More CALIFORNIA OVERTIME News
In a response filed September 7, Patel argued that the defendant’s attempt to place the burden of proof on the plaintiff with regard to the manageability issue was misguided, noting that the responsibility for denoting classification status of those aggrieved employees identified as having a PAGA claim under California overtime law is in Nike’s wheelhouse, not the plaintiff’s.

Were thorough records denoting classification status of the aggrieved employees to not exist – as Patel asserts in her overtime pay claim – well, that’s not her fault.

Patel also contends that identifying the classifications of the aggrieved employees would not be an overly onerous task.