California Unpaid Overtime, from Caregivers for the Elderly to Caretakers for the Unborn

Caregivers who have been denied California overtime for years may finally have their rights upheld, thanks to an overtime lawsuit filed by the LA City Attorney. And “birth tourism” workers are following suit. 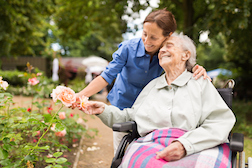 Last September, Senate Bill 105 gave domestic workers, including caregivers, permanent overtime protections in the state of California. This bill enforces minimum wage and protect immigrant workers from wage theft. Some employers, however, are still exploiting workers, as evidenced by new overtime claims such as a lawsuit filed by “birth tourism” workers. But this recent overtime lawsuit involving about 200 caregivers, mainly Filipinos, might put such employers on notice.

The overtime lawsuit, filed by LA City Attorney Mike Feuer against homecare provider Emelyn Nishi and her companies Health Alliance Nurses Corp. and Hand Homecare Provider, Inc., alleges wage theft over the past four years. The caregivers claim they were paid from $100 to $125 per shift (24-hour in-home care services), or about $5.50 per hour. But the companies were charging up to $250 per day to their clients—patients and families. Nishi likely has deep pockets, which will be required to pay overtime violations.

The lawsuit also alleges that Nishi and other defendants instructed caregivers to falsify their time records to avoid paying overtime and constantly threatened to fire them; the caregivers were prohibited from discussing rates with clients; and they were misclassified as independent contractors to avoid paying federal and state payroll taxes.

“Today, with this [caregiver overtime lawsuit] case, we are seeing our rights becoming a reality. Today we see the dignity of home care workers being upheld and uplifted,” PWC Executive Director Aquilina Versoza said at a press conference, as reported by the Los Angeles Times (May 10, 2016). Feuer said that “stealing wages from hardworking men and women is reprehensible. No worker should be forced into poverty because an employer denies them their basic rights to a minimum wage and overtime. My office will aggressively combat wage theft and fight to ensure all workers are paid what the law demands.”


Birth Tourism is alive and well in the US.

Birth Tourism is big business in California. Mostly pregnant Chinese women travel here to give birth so their babies will instantly have US citizenship, as per the 14th Amendment. Dubbed “Maternity Hotel California” by Rolling Stone Magazine there are up to 60,000 tourist births from China alone. And many of these women come to the Xin Xi Du Month Center.

More CALIFORNIA OVERTIME News
According to Courthouse News (May 5, 2017), a lawsuit filed by “caretakers” employed by the alleged birth tourism center cites unfair wages and working conditions. The caretakers provided “all of the services and care necessary to support the pregnant women before and after the birth of the children,” according to the lawsuit. Services included cooking and cleaning, providing rides to medical providers and shopping malls, and attending to other emergency and special needs. The caretakers have filed for unpaid overtime, claiming they worked seven days a week for at least 10 hours each day without breaks.

Perhaps this lawsuit will expose illegal birth tourism and send a message to China: not only are Fiona Chan and Jeff Zhang, Xin Xi Du Month Center owners, in trouble. Pregnant women can face federal charges if they use fraud or deception to obtain a visa so that their child can be born on American soil.