Employers would be wise to ensure their employees are not misclassified. According to California overtime laws and the California Labor Board, Dameda, a dental office manager, does not perform managerial duties and is therefore owed a lot of overtime pay. 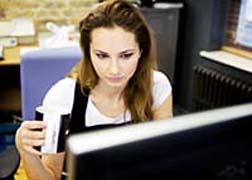 Dameda was initially hired in September 2010 as a dental assistant and promoted to office manager within a few months (the previous manager walked out). "I signed a contract that stated my salary ($4,000 per month), days I was required to work—four days a week and every other Saturday—and a bonus of three percent over anything I collected over $30,000 per month," says Dameda. "My contract also stipulated that I would oversee the office."

But Dameda didn't perform any managerial duties. Instead, she worked a lot of overtime. "I worked two or three hours overtime every day and didn't really mind until I got into a car accident and missed eight days of work," Dameda explains. "On payday I got a check for $100 and asked the dentist/owners what was going on. 'You didn't work so you don't get paid,' she told me. But I am on salary, and what about all the overtime accrued? She replied, 'That is considered dedication to the practice and it shows how hard you work for your job position.'"

Dameda called the California Labor Board. They asked her the following questions:
• can you hire and fire staff;
• how many people work under you in the office;
• can you increase, decrease, demote, or promote staff;
• can you make decisions in the office without consulting the owner.

"None of those duties were in my job description or in my contract," says Dameda. "According to the California labor code I was eligible for overtime but I didn't have to be paid for the days eight days I wasn't at work.

"I took this information from the California Labor Board back to the owner and gave her the paperwork from the California Labor Board Web site (above). I had a meeting with both owners and voiced my concerns about being misclassified and questioned my right to overtime pay. They told me that neither of them could handle this issue; they were unaware of this law; and they would hire an HR company to manage their practice.

"I was assured that once HR comes in, they will know the rules and regulations and laws I am entitled to and I would either be compensated or explained why I am exempt from overtime. The HR person arrived at the beginning of June and I was served with a new contract. (I have been patient up until this point...)

"I was presented with a new contract. It states that I am able to hire and fire and know the salaries of all employees. And I am given more duties and responsibilities, with the same pay. Obviously this new contract is written in order to make me exempt from overtime, which is clearly stated. The co-owner briefly read the new contract to me and asked if I had any questions.

"I didn't sign the new contract because I didn't agree with the new terms. And my contract from December 2010 to December 2011 had not come to an end. How could they simply change the contract, make me work more hours, make me carry a cell phone 24/7 and be available for emergencies?

In the last six months we have never cleared over $35K. This is a tactic to not pay my bonus. I had bonuses every month in my prior contract.

More CALIFORNIA OVERTIME News
"I said I wasn't going to work all these hours—why would I commit my entire life to this job for $4,000 per month? To be honest, I liked my first contract; the hours worked and my incentive bonus was fair. I am not going to work 60 or 80 hours a week at this salary—I have 25 years dental experience and I am not working for $11 per hour.

"I'm not stupid—this contract is highway robbery. And the company is running at 100 percent. Since I started working as office manager, the practice has hired a cleaning service, added more staff—in other words I have grown this business and helped with their success.

"The California Labor Board rep said they cannot fire me if I file an overtime claim first because that would mean retaliation. And if they do fire me, once I get an experienced wage and hour attorney I could file two lawsuits—one for overtime and another for retaliation."

Posted by
Darryl Brandon
on February 12, 2018
my wife us CURRENTLY going through an exact type of law suit. Do you you the outcome of this case and if it was settelled in court, what was the court case file name. Thank you very much for your time.