Misclassification Does Not Trump Overtime

For the past four years Michael worked as an independent contractor for a construction company. Since reading online about misclassifying workers to avoid paying California overtime, however, Michael realized that his employer has violated several California labor laws. 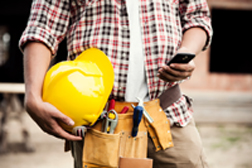 Chances are, you too are familiar with misclassified workers if you read the news about Uber. Its drivers have filed an employment class-action lawsuit against the company, claiming they have been misclassified as independent contractors rather than employees and entitled to benefits such as overtime.

Michael was paid a flat rate of $500 per week no matter how many hours he worked - until he quit last week. “I finally woke up and saw the big picture,” he says. “I wasn’t aware that we had been misclassified until recently, and our employer classified us as independent contractors to avoid paying overtime and other benefits, such as sick pay, vacation pay and workers’ compensation.”

Michael says that he and five coworkers averaged about 12 hours of overtime per week. They were all afraid of retaliation, of losing their jobs if they didn’t comply. “We could never argue with him, he was always right,” says Michael. “I had to pay my bills and support my family so, like the others, I went along with it. He made us sign a form that said we are independent contractors, and we needed proof of our own liability insurance. So I had to pay $55 per month to an agent that covers you for liability, which allowed me to work in his customers’ homes.”

About two years ago, Michael’s “employer” decided to use time cards but that only lasted a week. Instead, he kept a record of everyone’s time “on his phone and in his head.” Everyone simply signed their pay stubs at the end of each week, even though they weren’t correct, before they got paid.

“At one point we did get overtime pay, but he was always clocking us in and out,” Michael adds. “I’m used to punching my own time cards - but that never happened here.”

After researching the definition of independent contractors, Michael knows that he and his coworkers are employees and entitled to benefits. “We were told when to go to work, and when to take lunch. He makes our schedules. “But Michael had to file an IRS 1099 form, which reports income from self-employment earnings. “Last year, all of us workers filed our own taxes but we couldn’t file federal taxes. Apparently his tax identification is wrong. This guy is screwing us and the government.”

Michael says the construction company doesn’t have a general contractor license and they often work without permits. And if the workers didn’t use their own trucks, they had to lease one of his vehicles for $150 per week.

More CALIFORNIA OVERTIME News
“I got another job last week and I get paid daily; I clock in and out,” Michael says. “There is no stress and I am motivated to go to work.” For the past four years, Michael and his coworkers were economically dependent on their “employer,” which means that they were his employees.

When employers misclassify workers as independent contractors, workers are wrongfully denied benefits and protections such as minimum wage and overtime pay and family and medical leave. Michael has filed a California overtime complaint against his employer, the owner of the construction/handyman company, but he isn’t counting on his day in court. There is still no test, nothing is written in black and white, to determine whether a worker is an employee. Perhaps lawsuits such as those against Uber will change that.

Posted by
Lyna Mac
on November 2, 2015
Thank God for the comment of Ron Wainrib and Ron is absolutely right!
Posted by
Ron Wainrib
on October 22, 2015
The author is absolutely wrong when he says in the last paragraph that "There still is no test, nothing is written in black and white to determine whether a worker is an employee." Wrong! Both California and the federal government (IRS, Dept of Labor, other agencies) have 'worker status' tests to determine whether a worker is an employee or an independent contractor. The IRS test is at
https://www.irs.gov/Businesses/Small-Businesses-&-Self-Employed/Independent-Contractor-Self-Employed-or-Employee. These tests are commonly used by federal and state agencies to enforce laws against worker misclassification,