The California Supreme Court last week ruled that workers who are required to stay at a worksite, such as security guards and domestic employees, should be compensated for all their hours, including sleep time. This decision may open the flood gates for California overtime claims. 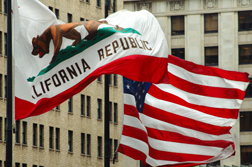 It has the potential to affect every on-call worker. For instance, the ruling means that if a security guard is sitting in the on-site trailer watching TV or napping, the state’s highest court unanimously decided that they should be paid for that time. Private employers would be obligated to pay for all employees’ hours. With this ruling, domestic workers who live in private homes looking after family members should receive overtime pay.

The defendant in the case, Jim Newman, general counsel for CPS Security Solutions Inc., told the Los Angeles Times (Jan 8, 2015) that “The unintended consequences of this ruling are likely to be devastating for the state’s economy, only now beginning to recover from the recent recession.” This decision would impact thousands and thousands of workers on-call, from firefighters to farm workers.

CPS was hit with two class-action lawsuits in 2008 by CPS guards, alleging that their on-call compensation policy violated minimum wage and California overtime laws held by the Industrial Welfare Commission wage order and labor code statutes. Among other issues, the Court of Appeal held that on-call hours constituted compensable hours worked and were subject to the wage order’s minimum wage and overtime provisions; and CPS could not exclude “sleep time” from Plaintiff’s 24-hour shifts.

1. Does California law permit employers and employees who reside on the employer’s premises for extended periods of time, but who do not work 24-hour shifts, to agree to deduct eight hours of sleep time from compensable hours worked?

2. Is on-call time compensable hours worked when an employee, who resides on the employer’s premises for extended periods of time, voluntarily remains on-site even though the employee is subject to certain employer imposed restrictions?

More CALIFORNIA OVERTIME News
CPS contracted out security guards for construction sites, known as “trailer guards,” who were expected to stay on-site for 24-hour periods. The guards had regular patrols but also had to be on-call for any suspicious activity. CPS only paid them for the time spent actively conducting investigations and not while they were sleeping in the trailers provided by CPS.