California Overtime: Is There a Grinch in UPS Upper Management?

United Parcel Service (UPS) is back to its usual tricks: Not paying its employees California overtime. Is there a Grinch or several in upper management? 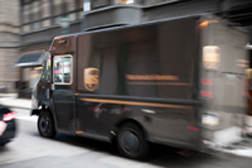 Back in 2002, part-time supervisors at UPS in California won an $18 million settlement over back pay, and five years ago, the delivery giant got slapped with a class-action overtime suit alleging it withheld up to $100 million in overtime wages from UPS account managers.

UPS, when will you ever learn? Your employees aren’t going to take it anymore and violating California labor codes will wind up costing you more in the end. But you know that already. Instead, you take a chance, like a roll of the dice. Since the recession, most employees have been afraid of asking for overtime, for fear of losing their jobs. But employees like Jerry are speaking out. And if you don’t listen, you might face another huge overtime class-action lawsuit.

Jerry, a letter carrier, is far from alone. “The way we are paid is rather complicated but I’ll try to explain it,” says Jerry. “We work on an evaluated hour system and to arrive at an evaluation rate of pay, UPS has either a national or regional count of mail.

“On a carrier’s route, every piece of mail and parcels is counted during a 12- or 18-day period. The carrier is also timed for functions performed on a daily basis. All the data collected after being counted and timed is then calculated into a system that determines the evaluation for the route.”

Are you with Jerry so far? The evaluation determines total hours worked during a six-day workweek. Jerry’s route gets rated 8.1 hours for five days and a sub day, which he has a substitute for. But here is the problem.

“After the recession, UPS added to my route but I have to get it all into a five-day workweek,” Jerry explains. “I went from 500 customers to almost 1,000 and of course that means a whole lot more work. My workday is supposed to be 7:30 am-3:15 pm but I have never finished my work in time.”

More CALIFORNIA OVERTIME News
Jerry says he usually works until 6 pm, as do his co-workers. Why should he give UPS free work? And he says this practice has been going on for many years.

It used to be okay back in the day because routes would even out during the course of a week,” Jerry says, meaning that they used to work long hours at the beginning of the week and shorter hours at the end so they wind up working a 40-hour week. "Now I’m giving UPS at least 10 hours a week of free work, and more - overtime should be time-and-a-half.

“I talked to my supervisor and HR. Their reply: ‘That’s just the way it is now and sorry, no overtime.’ But employees on an hourly rate get overtime so why can’t we? Where’s the equal pay for a fair day’s work? I hope we see UPS in court…”