Limo drivers in California and other states, such as Nevada, are not getting paid overtime because their employers have classified them as exempt. However, attorney Mark Thierman filed a class-action lawsuit on behalf of Las Vegas limousine drivers against Bell Trans, Nevada's largest limousine company, alleging failure to pay minimum wage and overtime. Thierman says limo drivers in California are also misclassified and are therefore eligible for California Overtime pay. 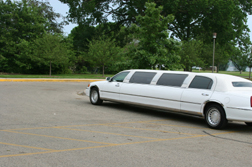 The federal lawsuit filed against Bell Trans in December 2009 cites a Labor Department opinion and multiple court cases arguing that limo drivers, who have chartered or prearranged rides, are entitled to minimum wage and overtime. According to the suit, the federal Fair Labor Standards Act (FLSA) exempts cabdrivers from minimum wage and overtime compensation but not limo drivers. Although Thierman is representing drivers in Nevada, he says the outcome can affect drivers in California and other states.

"California has a favorable state law regarding overtime so limo drivers in that state should be getting paid overtime," says Thierman, adding that limo drivers nationwide will be affected by the Bell Trans class-action decision because this issue involves the Motor Carrier Act (MCA) exemption. "Employers have put their limo drivers under the MCA, and if they get caught, they just get fined and move on. But California and Nevada have a separate state law that exempts people from this act. "Thierman explains that all drivers should be under the FLSA, unless they are hauling from a steamship or airline??"where the drivers' booking originates. And the FLSA requires overtime payment for all hours worked over a 40-hour workweek.

As for the Bell Trans class action, Thierman says they are "still slogging it out" and getting ready for trial in about six months. "The latest decision by Judge Navarro states that, where a limo company is hired by an airline or cruise line directly, [drivers] are covered by the MCA and not the FLSA. But if the airline reserves the shuttle, that's a different story…"

"Most limousine companies in California only pay their drivers when they have a client in the vehicle," says Frederick, a limo driver in Los Angeles. "Time spent waiting at the airport for a client's flight to arrive and travel time when the driver is alone in the company vehicle are times when the driver is not compensated."

Brent, a limo driver in San Mateo, is also in the same situation??"he has retained an experienced California Overtime attorney. "I've worked at this limo company for five years and have never been paid overtime," he says, adding that he typically works 15-18 hours a day, paid hourly. "My attorney says that is a violation of the California overtime labor code, and that I should be paid from the moment I go to work until the moment I leave.

"This is what happens now: Say I pick you up at the airport and drive you downtown to your hotel??"that takes anywhere from 60-90 minutes. My next trip may not be for another two hours. I don't get paid for that downtime. I don't even get paid in-between runs. My attorney says I'm supposed to get paid, regardless where I am waiting for another customer. There are 33 chauffeurs in this company and we are all paid equally??"meaning illegally.

"I've spoken to my employer but he said, 'At least you are still working.' That is when I found a lawyer through LawyersandSettlements. I figured my employer is wrong but it has been so many years, and nobody has done anything, including myself.

"My co-workers are pissed off too, but they don't know what to do. The majority of them fear retaliation. I'm not afraid of retaliation, even though I know that at some point I will have to cross that bridge. But if they fire me, shame on them. I can almost hear them saying, 'We let him go because he found out what we were really doing.' However, I am confident that if I do get fired, they'll have to pay their dues. I also found out from my attorney that not only will they have to pay all overtime due to me; they will also likely have to pay double overtime owed to me, and my attorney fees and all associated costs.

More CALIFORNIA OVERTIME News
"I am confident that I will be awarded all overtime back pay. I sent all the paperwork to my attorney that he requested, including copies of my paychecks, the employee handbook and my signed contract. So now I'm waiting to proceed with an overtime lawsuit and I haven't been fired??"yet.

One common way employers deny workers overtime is by misclassifying them as exempt. In addition, California has a complicated set of overtime pay rules, different from most other states, regarding employees in specific industries. For example, the California labor code may apply to most "commercial drivers" but not "inter-state commercial drivers." Currently, countless limo drivers and other drivers who do not cross state lines and are not being paid for hours worked or for overtime hours worked may have substantial California overtime claims.

Posted by
Richard
on June 19, 2017
I work for an airport shuttle service in Los Angeles. Our employer wants us to clock out in between drives, while we are waiting for fight to come in. This could be 20 minutes, or 3 hours, during which time we are not paid. Is this legal?