Leroy is pretty certain that his employer is violating California overtime laws by not paying travel time. In Leroy’s case and according to California law, travel time is considered compensable work hours. 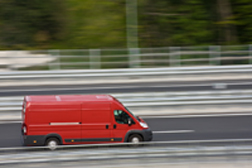 “Last May I was hired as a delivery technician - I set up medical equipment in people’s homes when a hospital setting is needed such as a certain bed and oxygen,” says Leroy, who has been trained for this job and has been working in this particular field since 1999. “My new employer loved that I had so much experience so he started me at a higher hourly rate; I started at $16 per hour rather than $14 and was told that my hourly rate would be reviewed in six months.”

Leroy was given a verbal contract that included driving the company van every other Monday from his home to the corporate office in Glendale, a journey that took almost three hours each way. “I had to attend a meeting and pick up equipment for our local office, so there was no question that I was on the clock,” he says.

At first his employer acknowledged that Leroy was to be paid travel time. On these travel days Leroy was paid three hours overtime at 1.5 his regular rate after working an eight-hour day, in accordance with California labor laws. But that arrangement was temporary, as was Leroy’s job.

“After one month my boss told me that, because I was driving the company vehicle and sitting in traffic for two or three hours, they didn’t need to pay me overtime,” Leroy explains. “But I still had to drive the vehicle to these meetings and pick up supplies for the inland empire location. Now I had to start my day at 5:30 a.m. but clock in at 9 a.m. And I was clocking out at 5:30 p.m. with a 30-minute lunch break. I was told that I would only be paid for eight hours, no matter how long I had to travel.

“I talked to HR but she said I agreed to work eight-hour days, and if I had a complaint, to take it up with my boss. I thought that was the job of HR. My supervisor said I wasn’t getting paid any overtime so I left it at that.”

Like so many workers in Leroy’s situation, he didn’t make a formal complaint regarding overtime pay because he was afraid of losing his job. Regardless, he was fired anyway.

“I was terminated on January 3, 2014,” says Leroy. “They said some changes were being made but that didn’t make sense because I trained the guy who took my place. I figure they did this to save money - the other guy was making $14 per hour and I know he wouldn’t complain about working overtime. If they paid me $14 instead of $16 per hour, I doubt that I would have been fired. And another thing - I never did get a review.

More CALIFORNIA OVERTIME News
“I told my boss it was unfair to fire me. He just said, ‘Life is Unfair.’”

Leroy did get a recommendation from his employer but he says it’s tough to find work now, even in the medical industry. It would help if he were compensated for overtime hours accrued. But even now he is afraid of retaliation; he is afraid of seeking help for overtime in case they deny him unemployment. An experienced attorney would advise Leroy that retaliation is also a violation of the California labor code.

Posted by
Ken Edwards
on February 9, 2014
Why does AT&T get to make managers work 9.5 hours a day and thet only pays us for eight hours a day?

Seems to me since its mandatory 9.5 per day they have created their own criminal enterprise for slave labor for over 300 hours a year that means their able to cheat the government out of taxes legally and cheat us out of wages by not paying us.

Then Im told its legal for them to make me work these hours and I do not have a leg to stand on...