California Overtime: The Labor Board is on your side

In 1996, Barry realized his dream: with a friend, he opened Dive Connections Inc., which chartered boats for scuba divers near San Diego. Not even in his wildest dreams did Barry think that he would one day have to sue his own company for California overtime violations.

"We had a 50/50 partnership for about 10 years but then we came to an impasse, a mid-life crisis," says Barry. "To make a long story short, I sold some stock to shareholders and then I was fired. I had to go back to the 'real world' and find work but in the meantime, all my money was still tied up in the company. 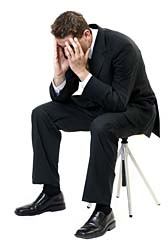 Eventually, we (the shareholders and I) got control of the company by buying out my partner's stock—we now owned 51 percent. I ran Dive Connections for another two years, with an agreement from the shareholders that I was supposed to be paid $30,000 per year. Instead I got paid about $13,000 and worked 50 hours a week. I really worked hard and built Dive Connections to be a really cool company but then I got fired again!

When I was fired this third time I went to the labor board and they said I could file a complaint: I was entitled to go back three years and collect overtime. Rosemary Black at the California labor board told me that my claim was totally legitimate based on the information I gave her and the company had violated the California Overtime law.

More CALIFORNIA OVERTIME News
I filed a complaint against the company and they told me I was out of my mind. Then I found out through the labor board that there was a lawsuit pending in the San Diego court. As it turns out, the shareholders and my ex-partner were suing me: they did a hostile takeover of the company and booted me out and filed a complaint charging me with embezzlement. But I believe they only did this to avoid paying me overtime.

If it wasn't for this charge against me, the labor board could have picked up the case and I would have had my day in court. Instead I have to file a cross-complaint against my former company stating that they owe me $42,000 in back pay. I filed an answer denying all the allegations but the labor board sent information to the company and to me saying I have a valid complaint. And I now have to file the cross-complaint in Superior Court. For that, I need a labor lawyer."